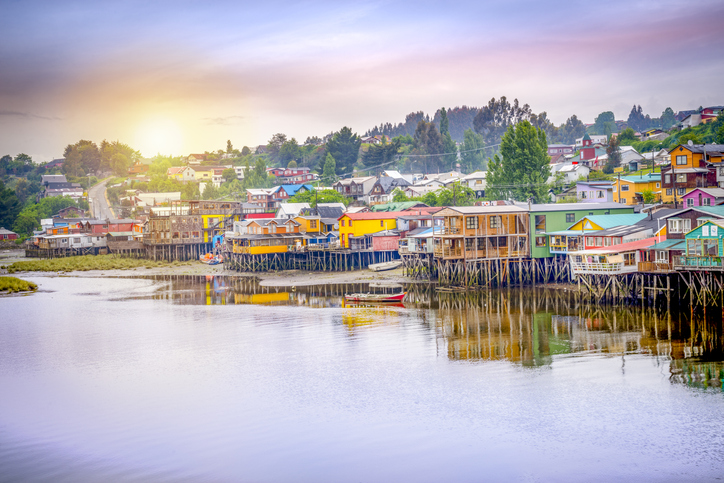 If you’ve ever been to a circus then you probably know what stilts are. They are one of the two high poles with a support for the foot that lets the person wearing them walk above the ground. Stilt can also be used for houses or other buildings, where they are one of several posts supporting a structure built above the surface of land or water. A stilt is also a white-and-black wading bird having long, bright-pink legs.

You probably think that walking on stilts is quite difficult, but some people actually dance on stilts. This can be seen as part of Carnival in Trinidad and Tobago and you can watch a video about it here:

In the video, they talk about “walking stilts.” This is local dialect. In most versions of English, we would say “walking on stilts.”

You would probably assume the adjective stilted means ‘having stilts,’ and, indeed, it can mean that. However, we use it far more often in a figurative sense to talk about speech or writing, and it means ‘unnatural’ or ‘not flowing.’ For example, if you are trying to make conversation with someone that you don’t have a lot in common with and who isn’t very talkative, you could call that a “stilted conversation.”

Stilton is the name of a blue cheese from England. It was named after the village of Stilton, where there was an inn that sold this particular type of cheese to travelers. The cheese itself was not made in Stilton, but in Leicestershire, where the inn owner was from. The town’s name, originally Stichiltone, translates to ‘village or farm at a stile or steep ascent’ (and its origin is related to that of stilt). Since 1969, Stilton cheese can only use that name if it is made in Leicester, Derby or Nottingham by members of the Stilton Cheese Makers Association.

Stilt, a noun that originally meant ‘a crutch,’ is a common Germanic word, but linguists are uncertain how it came into the English language. Some linguists believe it dates back to the late 13th or early 14th century, as the Middle English stilte or stulte, though they are unsure which Germanic language it would have come from. Others think that it existed already in Old English, though we have no remaining record of it. Either way, it can be traced back to the Proto-Germanic steltijon, from the Proto-Indo-European root stel– (to put, stand or put in order). Stilt is related to the Danish stylte, the Swedish stylta, the Middle Low German and Middle Dutch stelte (all meaning ‘stilt’), the Flemish stilte (stick), the Old High German stelza (plow, handle or crutch) and the German Stelze (stilt), as well as the Greek stellein (to put in order or make ready), the Armenian stełc-anem (to prepare or create), the Albanian shtiell (to wind up, reel up or collect), the Old Church Slavonic po-steljo (I spread), the Old Prussian stallit (to stand), and English words such as apostole, forestall, install, pedestal, stale, stalk, stall, stallion, steel, still, stole and stout. The sense ‘wooden poles for walking across marshy ground’ first appeared in the mid-15th century, and ‘a post on a building that is raised from the ground’ is from the late 17th century. The bird was given the name stilt in the 1830s, because its long, skinny legs resemble stilts.

See full definition
Learn more about stilt in our forums

Stilt in other languages