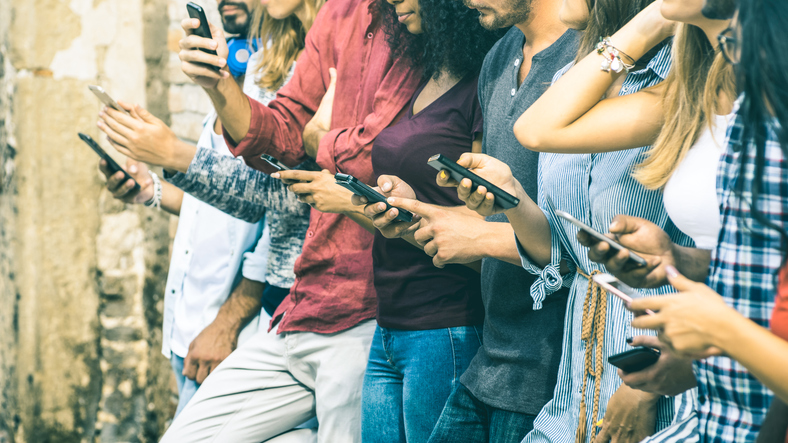 Being prone to using your phone too much could make you prone to repetitive strain injury.

Prone is an adjective that, when we are talking about people means ‘having a natural tendency towards’ (most often towards something bad) or ‘being likely to suffer from.’ It also means ‘lying face down’ or ‘lying flat.’ In physiology, prone means ‘having the palm downwards.’ Unrelatedly and in religion, a prone is a sermon or a brief hortatory (that means it exhorts or strongly encourages you to do something) introduction to a sermon, usually delivered at a service at which the Eucharist is celebrated.

Listen out for the lyric “Prone to violence, prone to shame” and also, near the end of the song, “But I have to go back, I guess I’m violence-prone.”

When we are talking about a tendency towards something or being likely to suffer from something, we most often say that someone is “prone to something.” However, prone can also be used in a combined form with some nouns; the most common one is probably accident-prone, but you could also say anger-prone, violence-prone, or infection-prone, for example.

Prone, meaning ‘apt or naturally inclined for something’ as well as ‘liable,’ dates back to the late 14th century. It came into English from the Latin prōnus (‘turned or leaning forward,’ ‘inclined downward’ or, figuratively, ‘disposed or prone’), though only the figurative sense was used for the first two centuries. The Latin term is probably an extension of the adjective pro (before, instead of or for), which also gave us the prefix pro– in English, and came into Latin from the Greek pro(-). Pro can be traced back to the Proto-Indo-European root pro-, and extended form of the root per-, meaning ‘forward.’ Prone is, therefore, related to the Sanskrit pra- (before, forward or forth), the Gothic faura (before), the Old English fore (before, for, or on account of) and fram (forward or from), and the Old Irish roar (enough), as well as many English words such as forward, before, for, from, afford, former, frame, proclaim, provide, proceed, pronoun, perhaps and problem, among many others containing the particles pro-, pre- or for-. The sense “lying face down’ was first used in English in the mid- to late 16th century. Prone, meaning ‘a sermon or hortatory,’ dates back to the mid-17th century. It came into English from the French prône, which meant ‘the grill or grating separating the chancel from the name in a church.’ because notices and addresses were often delivered to the public from there, the word started to be used for the addresses themselves, and this is the only sense that came into English.

See full definition
Learn more about prone in our forums

Prone in other languages