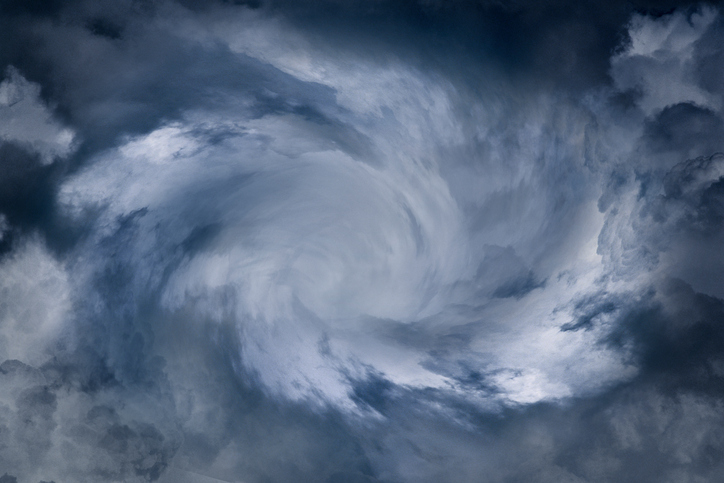 In meteorology, a squall is a sudden, violent wind, often accompanied by rain, snow, or sleet. Figuratively, any violent or sudden commotion can also be called a squall. The verb can mean either ‘to blow as a squall,’ if we are talking about wind, or ‘to cry or scream loudly and violently,’ as babies might do. The related noun is the sound made by squalling.

A squall line is a narrow region where storms often happen.

Squall, meaning ‘to cry or scream violently,’ dates back to the early 17th century. Its origin is uncertain, but many linguists believe it could have come into English from a Scandinavian source, such as the Old Norse skvala (to cry out or shriek). Its origin before then is probably imitative, as is the case for similar words, such as squeal or shriek. Squeal in particular, according to some researchers, may have originated from the same source as squall, and it is possible that both started as one word. In this sense, squall has been used as a noun since the early 18th century. Squall, meaning ‘a sudden, violent gust of wind,’ dates back to the early 18th century, and was initially a nautical term. Its origin is also uncertain, but like the verb, it also may have come from a Scandinavian source, possibly also the Old Norse. It is most likely related to the Norwegian noun skval (a sudden rush of water) and the Swedish verb skvala (to gush, pour down). There is a high probability that the noun emerged from a figurative use of the verb, based on the idea of the wind “shrieking” during a storm of this sort.

See full definition
Learn more about squall in our forums

Squall in other languages