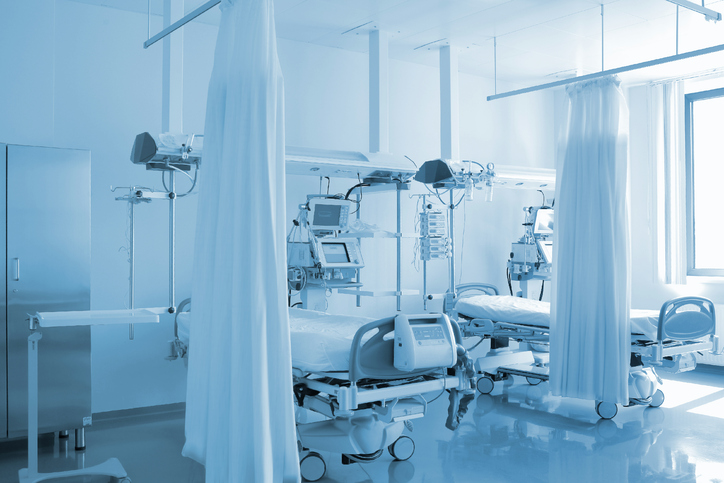 As a political term, ward is an administrative division of a city or town or a division for voting purposes. In a hospital, a ward is a division or department for a particular class or group of patients. It is also any of the divisions of a prison. As a legal term, a ward is a minor who is under the care of a legal guardian or a court. As a verb, ward originally meant ‘to protect or guard,’ although this used is now archaic. These days, the verb to ward is usually only used with off to mean ‘to avert’ or ‘turn aside.’

Watch the trailer for 2010 horror move The Ward here:

Ward is also a suffix that denotes spatial or temporal direction, the direction being specified by the word ward is added to. For example: toward, backward, afterward. It has existed since Old English, when –weard meant ‘toward’ or, literally, ‘turned toward.’

Ward dates back to before the year 900. The Old English noun weard (warde in Middle English) originally meant ‘protection or guarding,’ as well as ‘sentry, watchman, guard or keeper.’ It can be traced back to the Proto-Germanic wardaz (guard) and the Proto-Indo-European war-o-, a variation of the root wer– (to perceive or watch out for). It is related to the Old Saxon ward, Old Norse vörðr and the Old High German wart (all meaning ‘guard or keeper’), as well as the Latin vereri (to observe with awe, revere, respect or fear), the Greek ouros (a guard or watchman) and horan (to see), and the Hittite werite– (to see). Ward has been used for administrative districts since the 14th century, and for hospital divisions since the mid-18th century (its use for prisons appeared as a variation of its hospital use in the 19th century). The meaning ‘minor under control of a guardian’ is from the 15th century. The verb also dates back to before the year 900, in the form of the Old English weardian (to keep watch, guard, protect or preserve), and later the Middle English warden. It can be traced back to the Proto-Germanic verb wardon (to guard), from the same PIE root as above. It is related to the Old Saxon wardon and the Old Norse varða (to guard), the Old Frisian wardia and Middle Dutch waerden (to take care of), the Old High German warten (to guard, look out for or expect) and the German warten (to wait, wait on, nurse or tend), as well as the words mentioned above. Ward is also related to Romance language terms such as the Spanish guardia (guard), guarda (protection, ward, keeper), guardián (guard, custodian, keeper) and guardar (to put away or keep) and the French garder (to keep or protect) and garde (ward, guardianship or guard), among others. These all originated from the same Germanic roots as the English ward, and then gave us (through the French) the English words guard and guardian.

See full definition
Learn more about ward in our forums

Ward in other languages