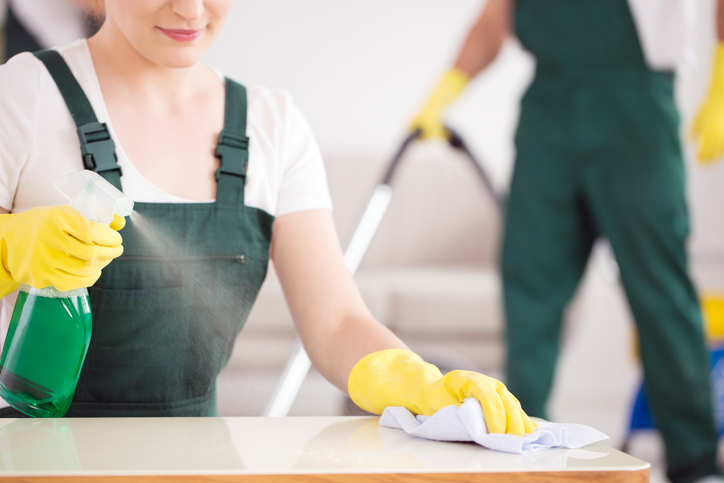 To wipe means ‘to clean or dry by rubbing with a paper towel, cloth, hand or similar’ and also ‘to remove by or as if by rubbing.’ To erase data and, figuratively, to erase, as from one’s memory, is also to wipe. As a noun, a wipe is the act of wiping and also a piece of material used for wiping.

wipe out: to destroy completely. Example: “Deforestation has almost wiped out the orangutan population in this area.”

wipe up: to clean completely by wiping. Example: “Kevin wiped up the spilled juice.”

More figuratively, if you wipe someone out in a sports contest or a game, that means you have beaten them thoroughly. A wipeout is an instance of being wiped out and, especially, an instance of a surfer being knocked of his or her board by a wave. You can listen to the song “Wipeout” by Fat Boys and The Beach Boys here:

In film a wipe, also called a wipe-off, is a type of transition where an image seems to be pushed or wiped off the screen by the image that follows. You can read more about the technique by clicking here.

Wipe dates back to before the year 1000. The Old English verb wīpian (Middle English wipen) already meant ‘to wipe or clean’ something. It can be traced back to the Proto-Germanic wijpan (to move back and forth) and the Proto-Indo-European root weip– (to turn, vacillate or tremble). Wipe is related to the Old High German wīfan (to wind round or swing), the Gothic weipan (to crown), the Danish vippe (to swing) and the Middle Dutch and Dutch vippen (to swing), as well as the Latin vibrāre (‘to set in tremulous motion,’ ‘to move quickly to and fro’ or ‘to quiver, tremble, or shake’) and the Lithuanian vyburti (to wag the tail), and English words such as gimlet, gimp, vibrant, vibrate, waif, waive, waiver and whip. The noun, meaning ‘the act of wiping,’ comes from the verb, and dates back to the mid-17th century. The sense ‘something used to wipe’ appeared in the early 18th century. The verbal phrase wipe out has been used since the early 17th century, but the noun wipeout was first used by surfers in the US in the early 1960s. By the late 1960s, it was also being used figuratively to mean ‘defeat or destruction.’

See full definition
Learn more about wipe in our forums

Wipe in other languages