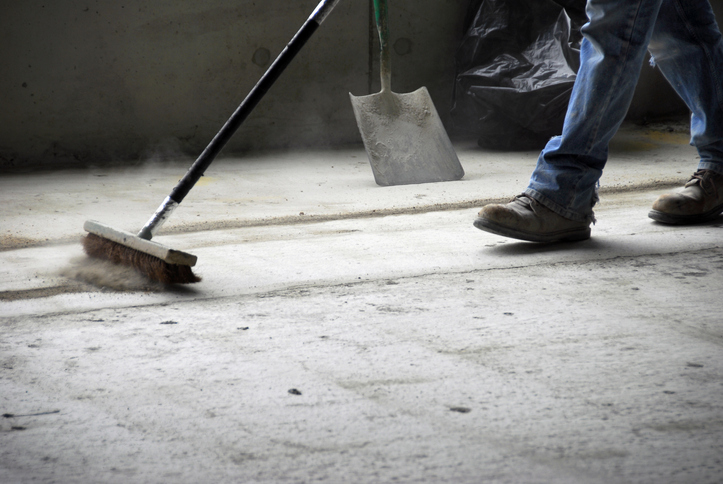 When you clean or remove dust or dirt with a broom, brush or something similar, you sweep. You also sweep if you clean or clear a surface or a space with a broom or brush. To pass over a surface with a continuous movement is also to sweep. Sweep also means ‘to carry by steady force, like waves or wind,’ ‘to search an area thoroughly,’ or ‘to direct your eyes over a region.’ In US English, if you win every round or game in a sporting or other contest, that’s also to sweep. As a noun, a sweep is the action of sweeping and the steady, driving motion of something moving with force.

sweep someone off his/her feet: cause someone to fall in love. Example: “When Tom met Alice, he swept her off her feet.”

A sweep is also someone who sweeps chimneys. You can see a sweep in this clip from the movie Mary Poppins:

Sweep can also mean ‘to examine electronically,’ as someone might do if they were looking for a hidden listening device, for example. Example: “The politician swept his office for electronic bugging devices before taking the call.”

A sweepstakes (more common in US English) or sweepstake (more common in UK English) is a type of gambling where a group of people bet on something and the person who wins gets all the stake money contributed by the members of the group as his or her prize.

See full definition
Learn more about sweep in our forums

Sweep in other languages