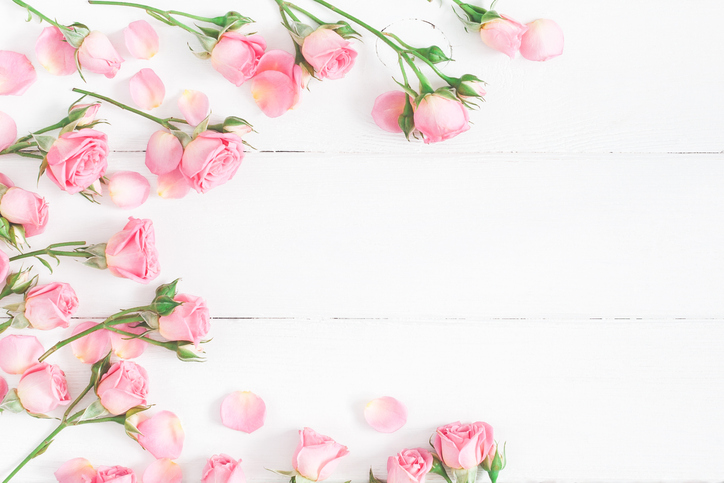 The bloom is the flower of a plant or the state of flowering. Figuratively, it is the time of greatest beauty, life, strength, or freshness, and also the glow that indicates such a state. As a verb, to bloom means ‘to produce flowers or blossoms’ or, figuratively ‘to grow or thrive.’ If you achieve or are in a state of beauty and vigor, we could also say you are blooming.

take the bloom off: remove enjoyment or dampen enthusiasm. Example: “The injury to their star player took the bloom off the team’s victory.”

Listen to Nirvana singing their song “In Bloom” here:

The whitish powdery deposits you find on some fruits, such as grapes or plums, is also called bloom.

Bloom, meaning ‘the blossom of a plant,’ dates back to the late 12th century, in the form of the Middle English noun blom or blome. It was first used in Northern England, and came into English from a Scandinavian source, such as the Old Norse blōm or blōmi (‘flower or blossom,’ as well as, collectively, ‘the flowers on foliage or trees’). It can be traced back to the Proto-Germanic blomon and the Proto-Indo-European root bhle-, and extended form of bhel– (to thrive or bloom). Bloom is related to the Old Saxon blomo, the Middle Dutch bloeme, the Dutch bloem, the Old High German bluomo, the German Blume and the Gothic bloma (all meaning ‘blossom of flower’), as well as the Latin flos (flower) and florere (to blossom or flourish), the Greek phyllon (leaf), the Old Irish blath (blossom or flower), the Welsh blawd (blossom or flower), the Gaelic bile (leaflet or blossom), the Spanish and Portuguese flor, the French fleur and the Italian fiore (all meaning flower), and English words such as blade, bless, blood, blow, blossom, exfoliate, floral, floret, flour, flourish, flower, foliage, folio and even the name Phyllis. The figurative sense ‘pre-eminence or superiority’ (used about people) has been used since around the year 1300, while ‘the state of greatest loveliness’ is from the early 14th century. The meaning ‘a blush on the cheeks’ first appeared in the mid-18th century. The verb, meaning ‘to produce flowers or blossom,’ as well as ‘to grow or thrive,’ dates back to the mid-13th century, and comes from the noun.

See full definition
Learn more about bloom in our forums

Bloom in other languages