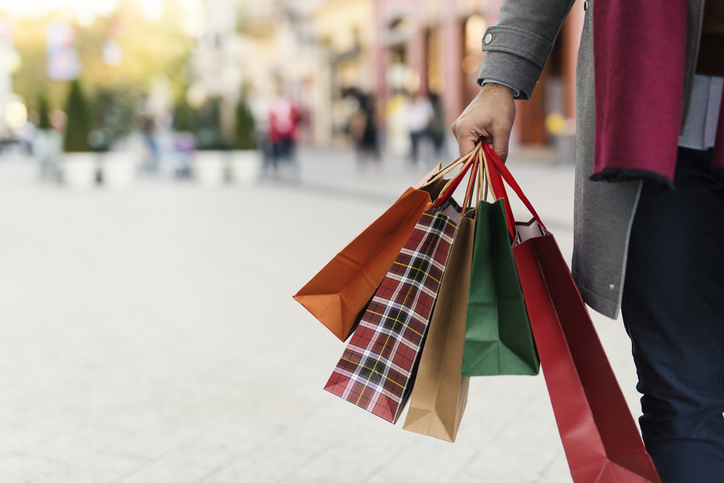 A spree is a period or outburst of extreme activity of any kind, and also a period, spell, or bout of drinking to intoxication or of any indulgence, as of a particular wish, craving, or whim.

Polyphonic Spree is a US choral symphonic pop group. You can hear the group’s cover of Nirvana’s hit song “Lithium” here:

Spree is also the name of a river in Eastern Germany, flowing North through Berlin to the Havel River.

These days, spree is almost always preceded by a word that tells you what sort of a spree it is. Common examples are crime spree, drinking spree, spending spree, or shopping spree. However, spree used to mainly be used to mean a spell of drinking to intoxication and it would be used without any adjective. So people would just say, “Those young men have spent all day on a spree,” and that would mean they had spent all day getting drunk.

Don’t confuse spree with spry, which is another way to say nimble, active or lively. In some Scottish dialect texts from the 19th century, spry is spelled (and pronounced) spree, but linguists are not sure whether this connects their meaning or origin, or is merely a coincidence.

Spree, originally meaning ‘a drinking bout’ or ‘a frolic’ dates back to around the year 1800. It first appeared in Scottish dialectal slang, but its origin is uncertain. Some linguists think it may have emerged as an alteration of the French esprit (lively wit),which would make it related to the English spirit. Others connect it to the Irish spre (‘a sparkle or flash of fire,’ as well as ‘cattle’ and figuratively, ‘the worth of a woman at the time of marriage’), which came from the Old Norse sprakr, making it related to English words such as spark and sparkle. Another possible origin is an alteration of the Scottish spreath (cattle raid), from the Gaelic sprédh or spré (cattle or wealth), which can be traced back to the Middle Irish preid or preit and the Latin praeda (plunder or booty) and the Proto-Indo-European roots prai– (before) and -heda- (to seize or take), creating a compound that meant ‘taken before or already taken.’ If this is the case, then spree is related to English words such as apprentice, comprehend, enterprise, forget, get, guess, prey, prison, prize, pry and surprise. The meaning of spree expanded to any period of extreme activity by the late 19th century, after which it became more common to use it with an adjective specifying the activity after that.

See full definition
Learn more about spree in our forums

Spree in other languages

Intermediate+ Word of the Day: squat