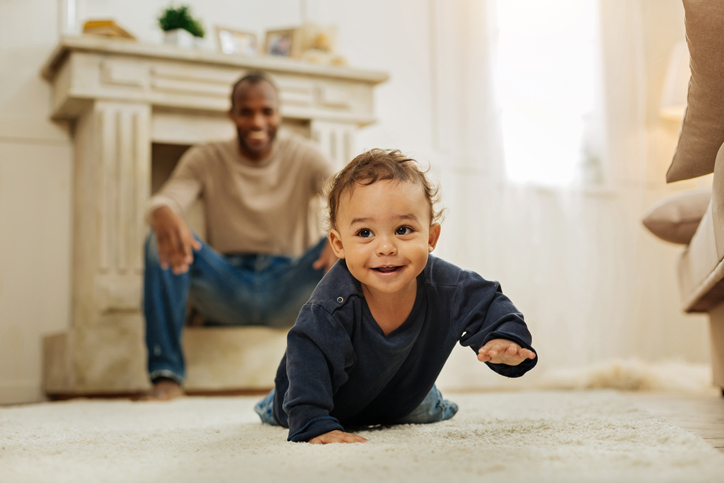 To crawl means ‘to move with the head or face downward and the body close to the ground, usually on hands and knees’ and, more generally, ‘to move slowly.’ Figuratively, ‘to behave in a way that indicates deep fear or as an attempt to win someone’s favor’ is also to crawl, and used in progressive tenses, it can also mean ‘to be full of or covered in.’ As a noun, a crawl is the act of crawling or a slow rate of progress. If you’ve ever been swimming, you might know that the crawl is a stroke performed with the front of the body facing downward and one arm then the other rotating over the head, with the legs straight and kicking behind.

A pub crawl (in UK English) or bar crawl (in US English) is an evening (or even a day) spent going from one pub or bar to another, drinking in each of them, with a group of friends. Pub crawls are something of a tradition in the UK. They often take place in cities, as there are lots of pubs to visit, but there are also many small towns in the UK that are well known for having a lot of pubs and that people visit specifically to go on a pub crawl around all of them. One such town features in the 2013 movie, The World’s End, which is about a pub crawl that turns out to be a little unusual. You can see the movie trailer here:

Because insects, spiders, and other small creatures creep and crawl along the ground and because they give many people the creeps and make their skin crawl, such creatures are informally called creepy-crawlies. You can see a short video here about scary creepy-crawlies:

Crawl, meaning ‘to move slowly with the body close to the ground,’ dates back to the late 12th century, in the form of the Middle English verb creulen, which became crawlen in late Middle English before losing the –en verb ending in Modern English. It probably came into English from a Scandinavian source, such as the Old Norse krafla (to claw your way), though it is thought to have a Germanic origin, and can be traced back to the Proto-Indo-European gerbh– (to scratch or carve). Some linguists have theorized the existence of crawl in Old English (craflian), though there is no recorded evidence for it. Crawl is related to the Danish kravle (to crawl or creep), the Low German krabben and Dutch krabelen (to scratch or claw), the Dutch krab, Old High German krebiz, German Krabbe, Old Norse krabbi and French crabe (all meaning ‘crab’), as well as the Greek graphein (‘to write,’ but originally ‘to scratch’), and the English words crab, carve and scrawl. The sense ‘to have the sensation of something crawling on you’ (now mostly found as the expression make your skin crawl) has been used since around the year 1300, while ‘to advance slowly’ first appeared in the mid-15th century. The noun, meaning ‘the act of crawling’ or ‘a slow rate of progress’ comes from the verb, and dates back to the early 19th century. It has been used as the name for a swimming stroke since the early 20th century, when the stroke was developed by Frederick Cavill (though he did so by watching swimmers from the South Sea islands, so we could argue that they developed the stroke he named). The concept of the pub crawl or bar crawl first appeared in the late 19th century.

See full definition
Learn more about crawl in our forums

Crawl in other languages