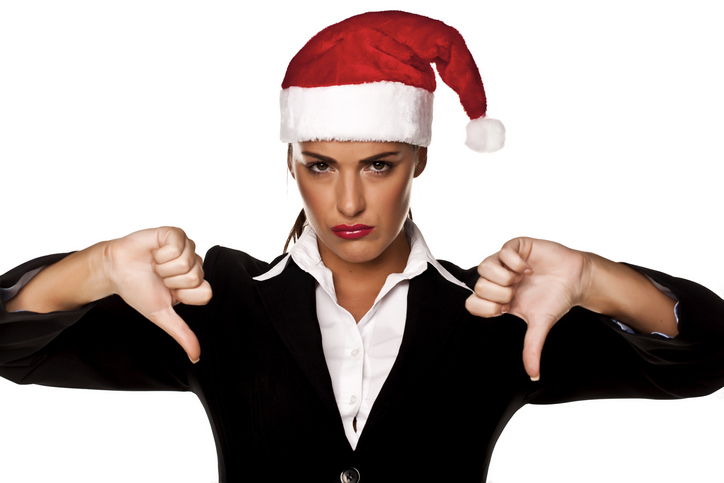 A humbug is something done or said with the intention of fooling or tricking other people. If we call someone a humbug, we are calling that person an impostor, someone who is not what he or she claims to be. Meaningless and empty talk, or something that lacks sense, is also humbug. In British English, a humbug is a variety of hard candy, usually flavored with peppermint. As a verb, it means ‘to deceive or delude.’

Listen to The Arctic Monkeys singing “My Propeller,” from their 2009 album Humbug, here:

Most of the meanings of humbug are now dated. It is now used most in the interjection “Bah humbug!” made famous by the Charles Dickens character Scrooge, from A Christmas Carol. Scrooge hates Christmas and uses this interjection when Christmas is mentioned to him, because he thinks Christmas is a sham. These days, people say it jokingly or ironically, often to indicate that they are not feeling in the Christmas spirit. You will also come across humbug in other examples of older literature. For example, the Scarecrow in L. Frank Baum’s novel, The Wizard of Oz, calls the Wizard a humbug.

Humbug dates back to the mid-18th century. The noun emerged in the UK as student slang, and originally meant ‘trick, jest, hoax or deception.’ The word became very popular around 1750, soon after it appeared, and had surges in the mid-19th and early 20th centuries, but its use has declined since then. It was so popular, that even when it first appeared there were already linguists discussing its possible origin, but there has never been any agreement or evidence to favor one source over another. The senses ‘spirit of deception’ and ‘hollowness or sham’ date back to the early 19th century, and coincide with its mid-19th century surge. Humbug was also used as a verb in the mid-18th century, and meant ‘to deceive or trick’ and ‘to act like a fraud.’ The verb meanings are completely dated, and have not been used since the 19th century.

See full definition
Learn more about humbug in our forums

Humbug in other languages