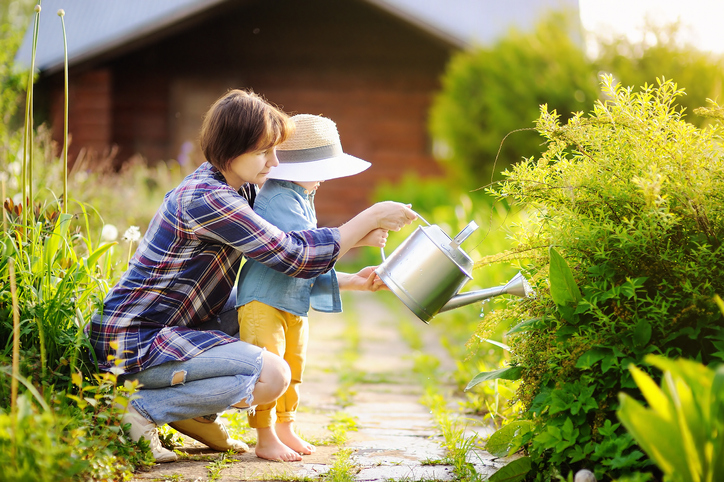 A grown-up is a fully grown adult person. Grown-up as a noun is mostly used by children. As an adjective, grown-up refers to a mature style or taste.

Listen to The Rolling Stones with their song “Grown Up Wrong” here. The song title is the past participle of the verb, so it doesn’t use the hyphen.

Grown-up as a noun is mostly used by children or when speaking with children. It is also used by adults to convey humor or sarcasm; otherwise they usually just say the noun “adult.” English speakers use the related phrases “grown woman” and “grown man” to emphasize the fact that someone is an adult. For example: “Mother, please don’t tell me what to do. I’m a grown woman and can make my own choices!”

Grown-up, meaning ‘mature,’ dates back to the late 14th century. The adjective evolved from the past participle form of the verbal phrase grow up (to advance toward maturity), which dates back to the early 15th century. It evolved from the Middle English compound verb upgrowen (to grow up), which itself evolved from the Old English forgrōwan (to grow up or to grow into), which dates back to before the year 900, though it was not used about humans until Middle English. Throughout all its variations, grow up is made up of the verb grow (Middle English growen, Old English growan) and a prefix (before the 15th century) or adverb (after) meaning up. Grow can be traced back to the Proto-Germanic gro– and the Proto-Indo-European root ghre– (to grow or become green). Grow, and therefore grown up, is related to the Old Norse groa, Old Frisian groia, Dutch groeien and Old High German gruoen (all meaning ‘to grow’), as well as to the English words grass and green. Grown-up has been used as a noun only since the early 19th century, as it was originally the shortened form of ‘grown up person.’

See full definition
Learn more about grown-up in our forums

Grown-up in other languages