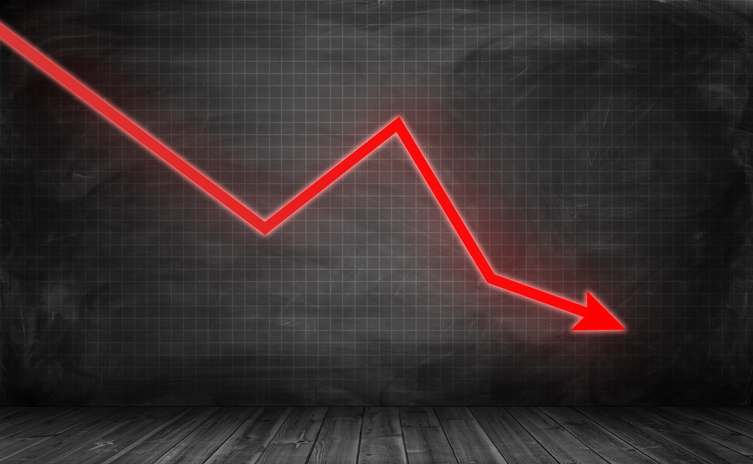 Plummet is a verb that means “to fall straight down” or “to become much less.” The verb can be used literally or figuratively.

Listen to “Isle of Flightless Birds” by American band Twenty One Pilots. Listen out for the lyric “Plummet as I sing.”

As a noun, a plummet is a tool used to see if something is completely vertical or to measure depth. This tool is also referred to as a “plumb,” “plumb bob,” or “plumb line” and consists of a weight attached to a line or string. If you want to see how deep a body of water is, you might use a plummet to test this.

Plummet is a strong-sounding word that is often used in news headlines, especially for articles about stocks or statistics. For example, some recent headlines using this word are “European Stocks Fall as Chinese Imports Plummet” (TheStreet) and “US Goods Exports Plummet as Dollar Rises, Commodity Prices Fall” (The Wall Street Journal).

Plummet dates back to the late 14th century. The Middle English noun plumbet or plummet originally meant ‘the plumb ball or ball of lead on a plumb line,’ and came into English from the Middle French plommet (‘plummet or sounding lead,’ as well as, more generally, ‘graphite or lead’), a diminutive of plom (sounding lead). It can be traced back to the Late Latin plumba and the Latin plumbum (‘lead,’ ‘lead ball,’ ‘pipe’ or even ‘pencil’), though its origin before then is uncertain. Some linguists think it may have come from an extinct Mediterranean language, such as Iberian, while others think there is a relation to the Greek molybdos (lead). Plummet is related to the French plomb, the Spanish plomo, the Romanian plumb and the Italian piombo, all meaning ‘lead,’ as well as the English words plumb, plummer, plunge and aplomb. The verb, meaning ‘to fathom’ or ‘take soundings,’ comes from the noun, and dates back to the early 17th century. The sense ‘to fall quickly,’ considered the most common now, was first used in the 1930s.

See full definition
Learn more about plummet in our forums

Plummet in other languages

Word of the Day: whole