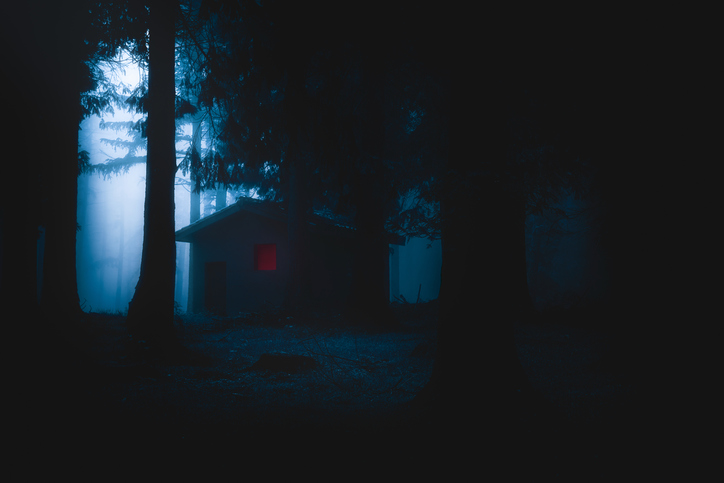 Creepy means ‘spooky, eerie, or scary.’ It can also mean that something causes unpleasant feelings, repulsion, or uneasiness. When used for a person, it means ‘abnormal, weird, or possibly dangerous.’

creepy-crawly: a noun that refers to insects and bugs, because insects, spiders, and other small creatures creep and crawl along the ground and because they give many people the creeps and make their skin crawl. It is used mostly by children, and it can also be an adjective that means creepy. Example: “The attic is full of spider webs and creepy-crawlies.”

Creepy is used to describe things that seem scary or supernatural, like old empty houses or ghost stories. But for many English speakers, it is even more common to use this word for people whose behavior makes others feel uneasy or even threatened. This usage is especially common in informal conversation.

Last week’s Word of the Day awkward also can describe behavior that isn’t socially normal or expected. However, creepy behavior is not just strange but also usually repulsive in some way and can sometimes, but not always, cause people to feel scared. In certain cases, creepy is also used for behavior that is sexually predatory. You could say, “It was awkward when Taylor went to the Halloween party without a costume.” But, “It was creepy when Taylor spent the entire night standing outside the house and looking in the windows at the party instead of going in.”

creep (noun): This word refers to a person—often but not always a man—who has unsettling or strange behavior. Example: “That guy at the bar wouldn’t stop bothering me, even when I told him to leave me alone. He’s a creep!”

Creepy dates back to the late 18th century, and originally meant ‘characterized by creeping.’ It comes from the verb creep, plus the suffix –y, making it an adjective. Creep dates back to before the year 900, in the form of the Old English verb crēopan (crepen in Middle English). We covered creep a couple of years ago, so find out more about the origin of creep, and its different uses and meanings here. As for creepy, its meaning expanded to ‘having a creeping feeling on your skin’ in the early 19th century, and its use for ‘something that causes a creeping feeling on your skin,’ which is now the most common sense, appeared in the mid-19th century. The term creepy-crawly, used colloquially to describe an insect, is also from the mid-19th century.

See full definition
Learn more about creepy in our forums

Creepy in other languages