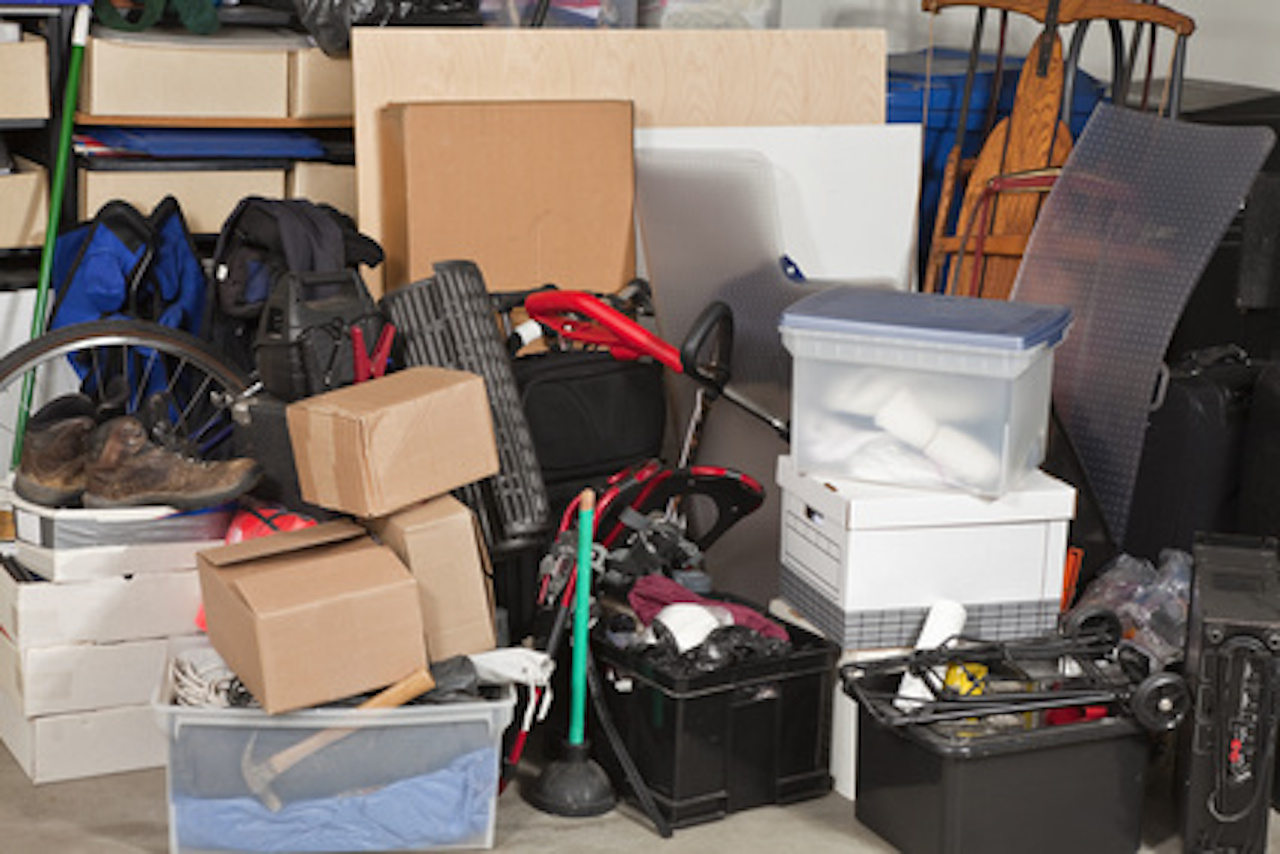 Stuff is a collective noun that means “a lot of unspecified objects.” It also can refer to the things someone owns, or information about a particular subject. As a verb, stuff means “to fill something really tightly.” It’s used a lot in cooking and means “to fill with something.” Informally, to stuff yourself means “to fill yourself with food.”

know your stuff: know a lot about a particular subject. Example:”George is a great editor; he really knows his stuff!”

stuff it! (UK): said when giving up on an activity. Example:”I can’t do this. Stuff it! Let’s go and play football instead.”

get stuffed! (UK): an angry way of telling someone to go away. Example: “If that’s what you think about me, you can get stuffed!”

Stuff can also mean any unspecified matter and, particularly, unspecified qualities, as in the movie title “The Right Stuff,” about military test pilots selected to be astronauts on the first manned spaceflight. You can see the movie trailer here:

The adjective stuffed is extremely common. We use it to talk about when we’ve eaten too much (“Please, no dessert! I’m stuffed!”) or when an object, especially a food, is filled (“They served stuffed mushrooms for dinner.”).

Although stuff can refer to many objects, it is a singular noun. You should say that “your stuff is in my way,” not “your stuff are in my way.”

Stuff dates back to the early 14th century. The noun originally meant ‘the quilted fabric worn under chain mail,’ and came into English from the Old French estoffe, which meant ‘quilted material’ as well as ‘furniture’ or ‘provisions,’ from the verb estoffer (to equip or stock). Many linguists think that estoffer, in turn, came into Old French from the Old High German stopfon (to plug or stuff), possibly through a related Frankish word, though some do not believe this is the case. Stuff is, therefore, related to the French étoffe (fabric), and étoffer (to fill, beef up or stuff), as well as the German Stoff (fabric or material), and possibly the English verb stop. The sense expanded to ‘material’ in general by the 14th century, and then to ‘any unspecified matter’ by the mid-16th century. The verb, originally meaning ‘to furnish with goods or provisions’ or ‘to reinforce troops,’ dates back to the mid-14th century. It comes from the Old French verb estoffer, probably also influenced by the noun. By the year 1400, the sense had expanded, now used for ‘to fill or cram,’ as well as ‘to gorge or fill the belly;’ the senses ‘to fill a mattress with padding’ and ‘to fill meat or pastry’ (in cooking) both date back to the late 14th century.

See full definition
Learn more about stuff in our forums

Stuff in other languages

Intermediate+ Word of the Day: tweak