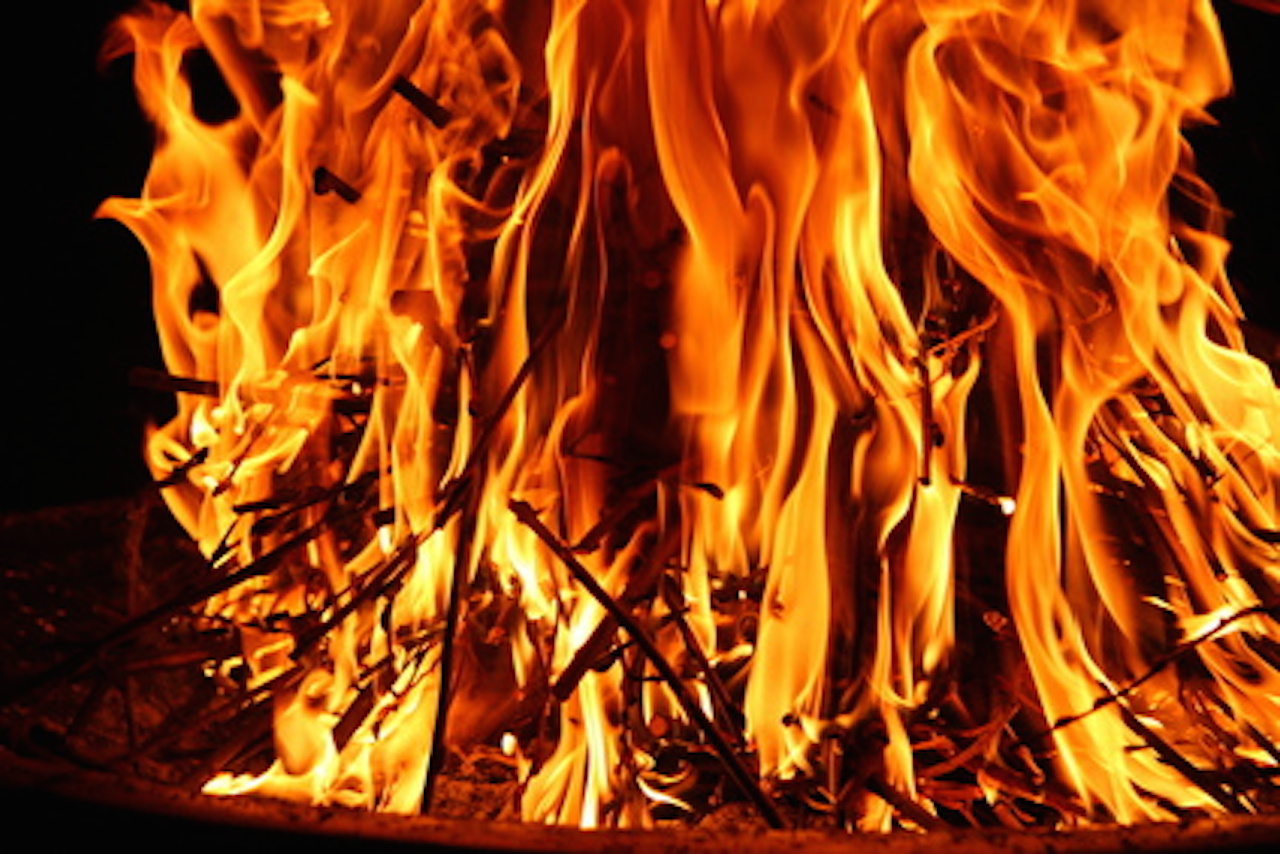 You’ve probably heard about the dating app Tinder, but do you know what the word means? Tinder is any material that burns easily, like dry wood or paper, that is used to start a fire. Tinder also has a figurative sense and refers to something used to initiate a reaction.

tinderbox (noun): a box that holds tinder and, figuratively, a person or a thing that is likely to explode and become violent. Example: “The campers placed twigs and dry leaves in their tinderbox.”

tinder-dry (adjective): very flammable. Example: “It hadn’t rained for weeks and the forest was tinder-dry.”

Because tinder is used to light fires, it has to be very, very dry. Therefore, we sometimes describe very, very dry things as being tinder-dry. You can hear tinder-dry used in the song “The Island” by Caroline Lavelle, which you can listen to here. Listen out for the lyric “Then the grass was so green where we were lying, cracking underfoot now, tinder-dry.”

Tinder and kindling are both materials used to start a fire, but kindling is small pieces of wood or twigs used to feed the initial flame until the fire is big enough to put larger logs on. Tinder is very dry, very flammable material that can be lit with just a spark. This was very important before people had matches. Of course, these days, spark is often used figuratively to describe an attraction between two people, which is probably why the dating app chose the name Tinder.

tindery (adjective): this word was more typical in the past and is used very little today

Tinder, meaning ‘a dry, inflammable substance,’ dates back to before the year 900, in the form of the Old and Middle English noun tynder. It either came from or is related to the Old English verb tendan (to kindle), and can be traced back to the Proto-Germanic root tund– (to ignite or kindle), though its origin before then is uncertain. Tinder is related to the Old Norse tundr and German Zuner (meaning ‘tinder), the Gothic tandjan, Swedish tända and German zünden (all meaning ‘to kindle’), and the Gothic tundan (to catch fire). The figurative sense, ‘something that starts a reaction,’ dates back to the late 16th century. Tinderbox was first recorded in the early 16th century, and its figurative sense, ‘an inflammable person, situation or thing’ dates back to the late 16th century.

See full definition
Learn more about tinder in our forums

Tinder in other languages