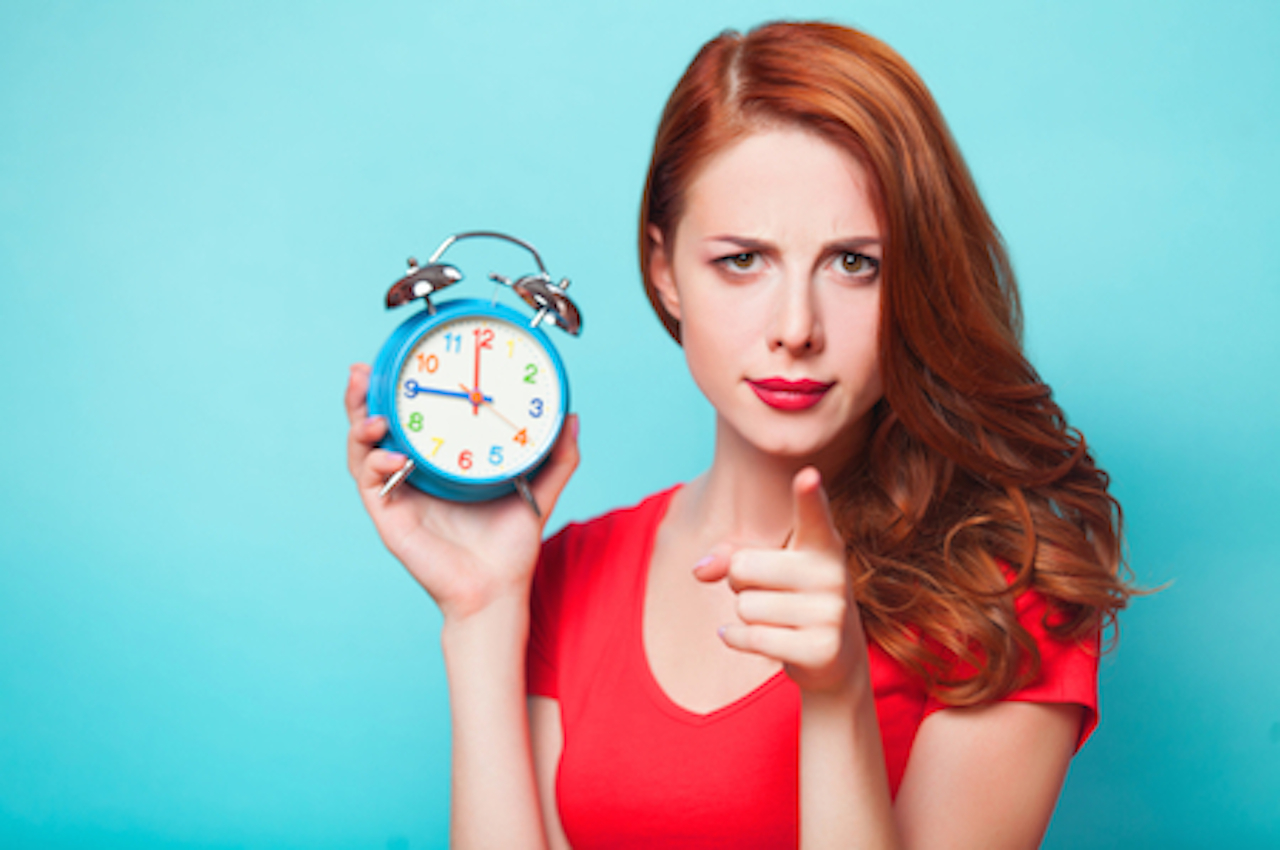 Please be prompt for the 9am meeting!

As an adjective, prompt means ‘quickly and without delay’ or ‘punctual.’ As a verb, it means ‘to cause a response’ or ‘to encourage someone to take action.’

prompt card: a card used to elicit a particular response, start a conversation on a subject, or give ideas for written texts; they are often used when teaching languages. Example: “The teacher created prompt cards to help us start our essay about the book we read. Mine said, ‘Talk about your favorite part of the book. Why was it your favorite?'”

Prompt has specific uses in theater. It means ‘to remind an actor or actress of a line that he or she has forgotten.’ As a noun, a prompt is the line, or cue, that’s been given to them and the prompter is the person who sits on the side of the stage and helps the actors if they forget their lines (in the UK this person is more commonly called the prompt). In television, newsreaders and TV show hosts often use a teleprompt or teleprompter, which is a screen they can read the script off.

Watch R.E.M performing their song “Until the Day is Done” here. Listen out for the lyric “The teleprompt flutters, the power surge brings an easy speed message falls into routine.”

Prompt, meaning ‘to cause a response’ or ‘to encourage action,’ dates back to the early 14th century, as the Middle English verb prompten. It came into English from the Medieval Latin verb prōmptāre (to incite), from the Latin proptus (ready or prompt), past participle of promēre (to bring forth). Promēre, in turn, is made up of the prefix pro– (forward), from the Proto-Indo-European root per– (forward) and the verb emere (to take), from the PIE root em– (to take or distribute). Prompt is, therefore, related to a multitude of words in many languages, including the English assume, example, exempt, premium, presume, ransom, sample and vintage, as well as afford, approach, former, forth, frame, furniture, improve, paradise, pardon, perfect, permit, pierce, pride, prime, prince, prior, problem, promise, property, protect, proud, purchase and veneer (to list a few). The theatrical sense, ‘to assist with lines,’ is from the 15th century. The adjective, meaning ‘quickly’ or ‘punctual,’ dates back to the early 15th century. Though it is from the same origin as the verb, it came into English separately, either from the Old French prompt or directly from the Latin promptus, and perhaps from a combination of both. The noun, meaning ‘readiness’ (this sense is rare nowadays) also came into English in the early 15th century, and also did so separately from the same origin, in this case almost certainly only the Latin promptus. The senses ‘the act of prompting’ and ‘a hint‘ both date back to the late 16th century, and were first used in theater, though they extended to other media over the centuries, and even to computing in the 1970s.

See full definition
Learn more about prompt in our forums

Prompt in other languages