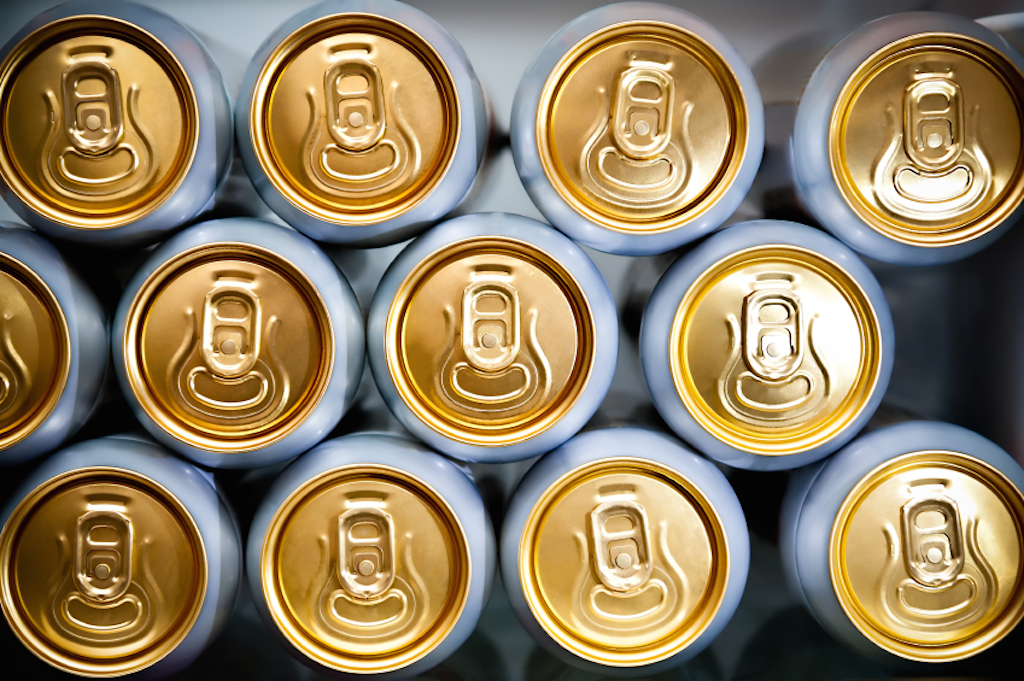 Words often used with can

in the can (informal): finished. Example: “Everyone on the team was relieved to finally have the project in the can.”

You might have heard of the can-can, the famous music hall dance. There is a 1960 movie called Can-Can, about a Parisian nightclub where the dance is performed, and you can see the movie trailer here:

In UK English, the word tin is often also used for a metal food container. In fact, if the contents are food, and not a drink, tin is more common in UK English, although can is not incorrect. Can is almost always used in UK English when talking about a metal drink container. Example: “I’m going to the shop to buy a tin of beans.” “Could you also bring me a can of iced tea?” Only can is used in US English, regardless of the contents.

Can, as an auxiliary verb meaning ‘to be able to,’ dates back to before the year 900. It evolved from the first person present indicative form of the verb cunnan, which meant ‘to know,’ but was also used (though less often) as an auxiliary verb meaning ‘to have the power to’ or ‘to be able to.’ It can be traced back to the Proto-Germanic kunnjanan (‘to be mentally able to’ or ‘to have learned to’) and the Proto-Indo-European root gno– (to know). Can is related to the Old Norse kenna (to become acquainted or to try), the Old Frisian kanna (to recognize, admit or know), the Gothic kannjan (to make known), the Middle Dutch kennen (to know) and the German kennen (to know), as well as the Sanskrit jna– (know), the Avestan zainti– (knowledge), the Old Persian xšnasatiy (he shall know), the Russian znat (to know), the Greek gignoskein (to know), gnotos (known) and gnosis (knowledge or inquiry), the Latin gnoscere (to get to know) and nobilis (known, famous or noble), the Old Irish gnath (known), and many English words, including could, couth, uncouth and cunning, all of which come from the same Old English verb as can, and others, such as acknowledge, acquaintance, cognition, con, diagnosis, gnome, ignorant, ignore, know, knowledge, narration, noble, notion, notorious, quaint and recognize. With time, the meaning ‘to know’ disappeared from this verb, except from the sense ‘to know how to do something,’ and its auxiliary function became more important. Colloquially, it is also often used interchangeably with may (to be allowed to), though you’ll find that grammar sticklers often correct people for using it that way. Can, meaning ‘a small, cylindrical container made of metal,’ dates back to before the year 1000, as the Old English noun canne (a cup or container), from the Proto-Germanic kanna. Its origin before then is uncertain, but many linguists think it was borrowed by Germanic languages from the Late Latin canna (a container or vessel), from the Latin canna (‘reed,’ as well as ‘reed pipe’ and ‘small boat’). In this sense, can is related to the Old Saxon, Old Norse and Swedish kanna (‘can, tankard or mug,’ as well as ‘a unit of measure’), the Middle Dutch kanne, Dutch kan, Old High German channa and German Kanne (all meaning ‘can’). The modern sense, ‘an airtight container made of tin’ first appeared in the mid-19th century. The slang senses ‘toilet’ and ‘prison’ both date back to the early 20th century. The verb, meaning ‘to put in a can,’ (especially for preservation) dates back to the mid-19th century, and comes from the noun. The colloquial sense ‘to fire someone’ was first used in the US in 1905.

See full definition
Learn more about can in our forums

Can in other languages