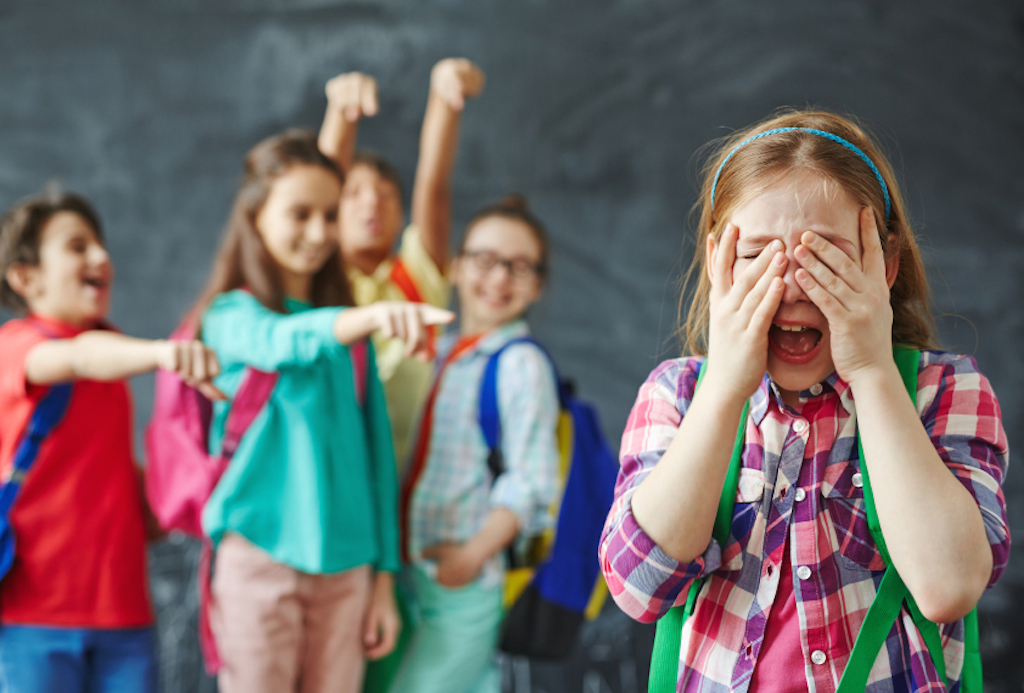 Lots of children get teased at school.

As a verb, tease means ‘to annoy someone by making jokes or other comments about him/her’ and you can also tease an animal by provoking it. It also means ‘to tempt someone romantically or sexually without any real intention of satisfying that desire’ or ‘to fluff up hair by combing it from the end towards the top of the head.’ It can also mean ‘to separate wool or hair into separate strands, or pieces.’ A person can be called a tease, especially if they are seen as tempting someone romantically or sexually.

tease something out of something: remove tangles or snags from wool or hair through patient and delicate manipulation. Example: “When I was a little girl, I had really long hair and my poor mother had to try to tease the tangles out of it every morning.”

tease something out of someone: to patiently draw information out of someone. Example: “Bob didn’t want to tell me he had a new girlfriend, but I knew he was hiding something and I eventually teased it out of him.”

Watch the trailer for the movie The Big Tease here:

A related word is teaser, which is a short extract from a movie, TV show, or book designed to attract interest and make people want to know more. Example: “There were a lot more people pre-ordering the book after the newspaper published a teaser.”

Tease dates back to before the year 1000, as the Old English noun tæsan (Middle English tesen), and originally meant ‘to pluck, pull or tear,’ or ‘to pull apart or comb,’ and was mostly used to talk about wool or similar fibers. It can be traced back to the Proto-Germanic taisijan and is related to the Danish tæse, the Middle Dutch tesen and the Dutch tezen (to draw, pull or scratch), as well as the Old High German zeisan (to tease or pick wool). The figurative sense, ‘to annoy or vex,’ first appeared in the early 17th century, but it is now the most common sense. The sense related to hair dates back to the mid-20th century, and is closely related to the original sense. The sense ‘to tempt romantically or sexually’ dates back to the 1970s, and is an extension of the common figurative sense. The noun, meaning ‘the act of teasing,’ dates back to the late 17th century, and comes from the verb. The meaning ‘person who teases’ was first used in the mid-19th century, while ‘person who tempts romantically or sexually’ first appeared in the 1970s.

See full definition
Learn more about tease in our forums

Tease in other languages