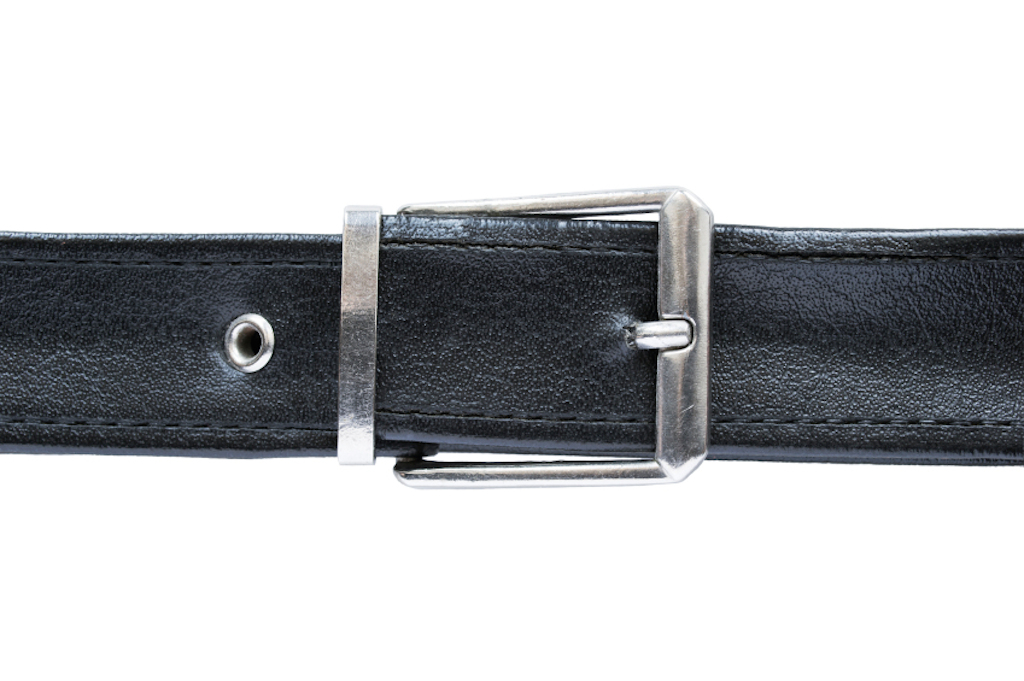 A buckle is a rectangular flat clasp fixed to the end of a belt or strap and used for fastening, or connecting, the two ends of it together. It is also any similarly shaped object used for decoration. As a verb, buckle means ‘to fasten, or close, with a buckle’ and also ‘to bend the body because of fatigue.’ It also means ‘to bend by applying heat or pressure’ and, figuratively, it means ‘to collapse due to stress.’ It can also mean ‘to apply yourself to something with energy or vigor.’

buckle up: put your seatbelt on. Example: “OK, everyone’s in the car; now let’s buckle up and hit the road!” In reference to a person, buckle up can also mean ‘to bend the body, normally because of pain or laughter.’ Example: “The comedian was so funny that everyone in the audience was buckled up laughing!”

buckle down: start making an effort. Example: “Our exams are next week and we haven’t prepared; we really need to buckle down and do some work!”

buckle under: give way to pressure. Example: “I tried to protest against the changes at work, but the bosses were determined and I finally buckled under.”

Buckle is used to refer to applying yourself to a task or making an effort because originally it meant ‘to prepare for battle,’ by association with fastening armor.

Buckle dates back to the early 14th century, as the Middle English noun bukel, meaning ‘spiked metal ring for holding a belt or strap.’ It came into English from the Anglo-French boucle or bucle and the Old French bocle, which originally meant ‘the boss of a shield,’ then expanded to ‘shield,’ and finally expanded again to ‘buckle or metal ring.’ It can be traced back to the Late Latin buccola (boss of a shield), and the Latin buccola (the cheek strap of a helmet), originally a diminutive of bucca (‘cheek’ and later, ‘mouth’). Buckle is related to the French boucle (buckle), and the Spanish boca, Italian bocca and French bouche, all meaning ‘mouth.’ The verb, meaning ‘to fasten with a buckle,’ dates back to the late 14th century, as the Middle English verb bokelen, and comes from the noun. The sense ‘to apply yourself with vigor to something’ was first used in the mid-16th century, and probably developed from the idea of putting on armor for battle. The verb, meaning ‘to distort, wrap or bend out of shape,’ dates back to the early 16th century, as the Middle English bokelen, which in this case came into English from the Middle French boucler (to bulge), from the same source (bocle) as the other meanings. The sense ‘to bend under strong pressure’ was first used in the late 16th century, and figuratively in the mid-17th century.

See full definition
Learn more about buckle in our forums

Buckle in other languages

Word of the Day: vault