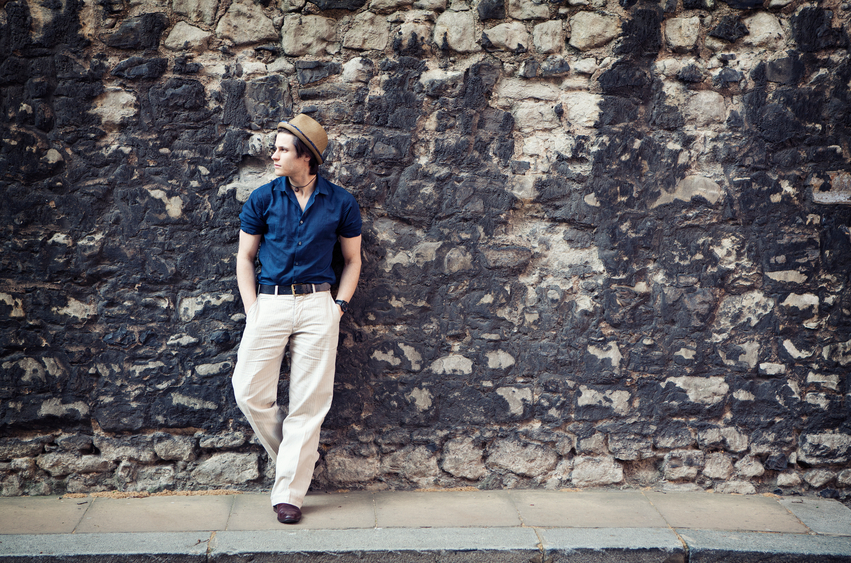 A man leaning on a wall

To lean means ‘to stand something at an angle’ and ‘to rest on something for support.’ Figuratively, it is used as a synonym for ‘to rely on someone’ and, used with toward, it also means ‘to usually agree with something or someone.’ It also means ‘to bend in one direction.’ As an adjective, lean can refer to something thin and without fat, whether it is a person, an animal, or a piece of meat. It also means ‘lacking content.’ As a noun, a lean is an angle or an inclination.

lean in: to incline your body towards someone, often in order to hear them better or reassure them. Example: “The little girl was soft-spoken and Dawn leaned in so she could hear her better.”

In recent years, lean in has also taken on a new figurative meaning, after the publication of Sheryl Sandberg’s book, Lean In. The phrasal verb in the title of the book urges women to take charge of their lives and careers and be more assertive, especially when they are in primarily male environments.

Listen to the Rolling Stones with their song “Let It Bleed.” Listen out for the lyric “We all need someone to lean on,’ and “If you want it, you can lean on me.”

In the senses relating to support, whether literal or figurative, lean is most often used with the prepositions on or against.

As well as meaning ‘to rely on someone,’ informally, lean on someone can also mean to put pressure on a person. Example: “The gang members were leaning on the business owner to pay them protection money.”

Lean, meaning ‘to recline,’ ‘to lie down or rest’ or ‘to bend or incline,’ dates back to before the year 900, as the Old English verb hlinian (Middle English lenen). It can be traced back to the Proto-Germanic hlinen and the Proto-Indo-European root klei– (to lean). Lean is related to the Old Saxon hlinon, the Old Frisian lena, the Middle Dutch lenen, the Dutch leunen, the Old High German hlinen and the German lehnen (all meaning ‘to lean’), as well as the Sanskrit srayati (leans) and sritah (leaning), the Old Persian cay (to lean), the Lithuanian šlyti (to slope) and šlieti (to lean), the Latin clinare (to lean or bend), inclinare (to cause to bend) and declinare (to bend down or turn aside), the Greek klinein (to cause to slope, slant or incline), the Old Irish cloin (crooked or wrong), the Middle Irish cle and the Welsh cledd (‘slanting,’ and also ‘left’), and quite a few English words, including clemency, client, climate, climax, clinic, decline, incline, ladder, lid, low and recline. The meaning ‘to incline your body against something from support’ first appeared in the mid-13th century, as is the figurative meaning, ‘to trust for support.’ The transitive sense, ‘to cause to lean or rest,’ dates back to the 14th century. The sense ‘to lean towards, or to favor’ was first used in the late 14th century. The noun, meaning ‘the action or state of leaning,’ comes from the verb and dates back to the late 18th century. The adjective lean, meaning ‘thin, spare, or with little fat,’ also dates back to before the year 900, as the Old English adjective hlæne (thin or lean). It can be traced back to the Proto-Germanic khlainijan, which may have been related to hlinen (the origin of the verb lean), or could have come from the Proto-Indo-European root qloinio-, in which case, it is related to the Lithuanian klynas (scrap or fragment) and the Lettish kleins (feeble).

See full definition
Learn more about lean in our forums

Lean in other languages