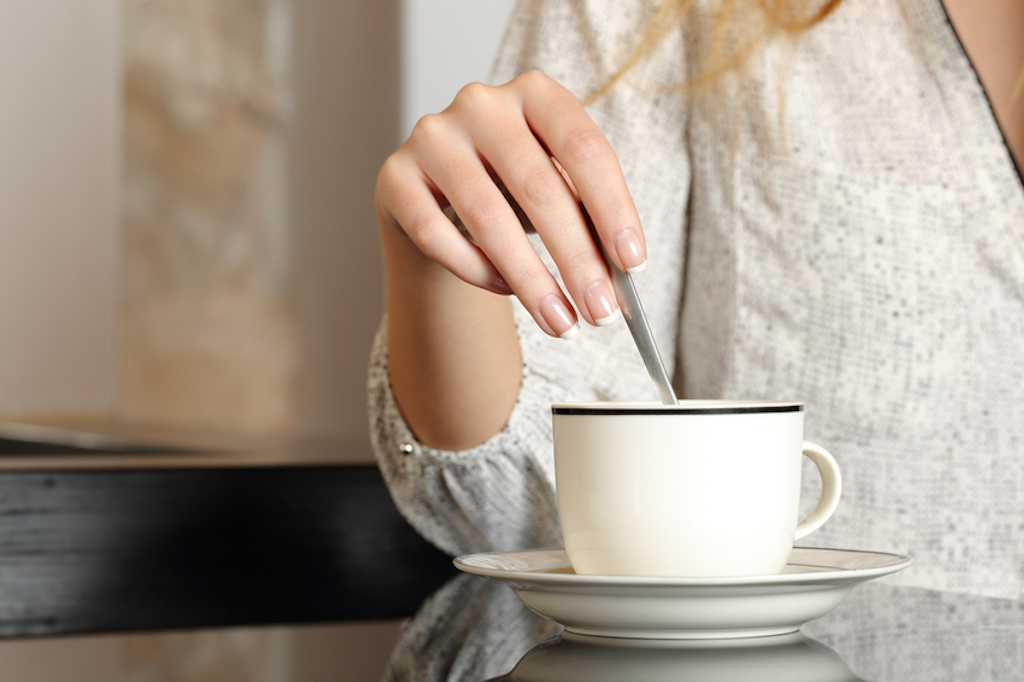 A woman stirring her coffee

To stir means ‘to mix with a constant, circular movement,’ often with a spoon or stick. It also means ‘to move in an irregular way’ or ‘to move very slightly.’ Informally, it means ‘to move around actively.’ It also means ‘to excite, affect or instigate someone or something.’ As a noun, a stir is the movement made when stirring, and it is also a state of commotion and excitement or an impulse or feeling.

stir something up: to start or instigate something. Example: “The speaker got the crowd so angry that he stirred up a riot.”

Listen to Bob Marley with “Stir It Up” here:

In UK English, stir is often used informally, without an object, to mean that someone is trying to cause trouble, usually by saying things designed to make other people suspicious of each other. Example: “You can’t trust Tim; he’s always stirring.”

Stir, meaning ‘to move in circles’ or ‘to move slightly’ as well as ‘to rouse, incite, urge or agitate,’ dates back to before the year 900, as the Old English verb styrian (Middle English stiren). It can be traced back to the Proto-Germanic sturjan and the Proto-Indo-European root st(w)er- (to turn or whirl). Stir is related to the Middle Dutch stoeren, and the Dutch storen (to disturb), the Old High German storan (to scatter or destroy) and the German stören (to disturb), as well as the Old Norse stormr, the Old Saxon, Middle Low German, Middle Dutch and Dutch storm, the Old High German sturm and the German Sturm (all meaning ‘storm’), the Italian stormo (a Germanic loan word, meaning ‘a fight’) and of course the English word storm. The noun, meaning ‘commotion, disturbance or tumult,’ first appeared in the late 14th century. It probably came from the verb, but due to its late appearance, some linguists think it could have been influenced, or even come from, a Scandinavian source, such as the Old Norse styrr (disturbance or tumult). The sense ‘movement or bustle’ dates back to the mid-16th century, and almost certainly came from the verb.

See full definition
Learn more about stir in our forums

Stir in other languages