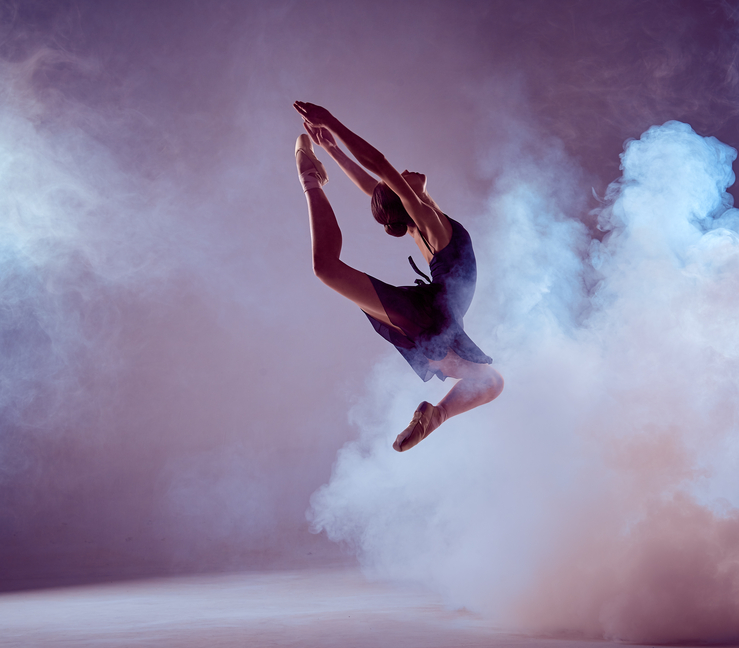 Grace means ‘elegance and beauty in the manner of movement’, and also ‘proper behavior.’ Grace is also an expression of goodwill by a superior and, in religion, the favor and love of God. Related to this, the little prayer said by some Christians before eating is also called grace. As a verb, to grace means ‘to adorn something, adding grace to it,’ and also ‘to honor or favor.’ In this last sense, it is often used in the expression grace someone with your presence and is also often used ironically, to suggest the person you are talking about thinks he or she is doing you a big favor by being there.

grace period: an allowance of time to make good on something, often a debt. Example: “The debt is due at the end of the month, but I’ve spoken to the bank and they will allow us a thirty-day grace period.”

fall from grace: lose the favor and goodwill of others. Example: “That politician fell from grace when it was discovered he had been fiddling his expenses.”

be in someone’s good/bad graces: be in or out of favor with someone. Example: “If you get into the boss’s bad graces, you will need to work hard to get back into her good graces again.”

with (a) good/bad grace: willingly or unwillingly. Example: “I always prefer working with people who do what they need to with good grace, rather than people who complain and do everything with bad grace.”

Many people considered actress-turned-princess Grace Kelly to be the embodiment of grace. Watch her here with Cary Grant in the classic Alfred Hitchcock movie To Catch a Thief, which is about a cat burglar (that’s a robber who climbs through windows into houses, hotels, or apartments) on the French Riviera.

Grace, always capitalized, is also the term of address for dukes and duchesses. You use His Grace or Her Grace when referring to a duke or duchess in the third person and Your Grace if you are addressing such a person directly.

In mythology, the Three Graces were goddesses of creativity, charm, and beauty. You can see a painting of them by the Italian artist Raphael here. The name is also given to three historical buildings in Liverpool in the UK — the Royal Liver Building, the Cunard Building, and the Port of Liverpool Building. You can read more about them and see images here. The three graces are also the three virtues of faith, hope, and charity in the Christian religion.

Grace first appeared in Middle English in the mid-12th century, and came from the Old French grace. The meaning was limited, then, to ‘God’s favor, love, or help,’ but that meaning was soon widened to include ‘pardon,’ ‘mercy,’ ‘thanks,’ which existed in French. The term originated in the Latin grātia (favor, kindness, esteem), a derivative of grātus (pleasing). It is the Latin translation for the Ancient Greek Kharisma. The senses of ‘virtue’ and ‘pleasing form or movement, elegance’ first appeared in the 14th century. As a verb, grace, meaning ‘to thank, give thanks to or praise’ dates back to the late 12th century, and comes from the Old French verb gracier. The meanings ‘to show favor’ and ‘to add grace to something’ date back to the 15th century.

See full definition
Learn more about grace in our forums

Grace in other languages

Grace was suggested by a user from Japan.