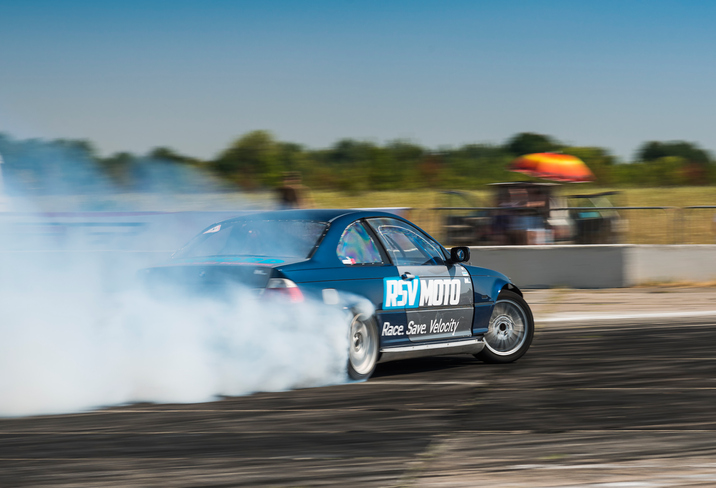 A rev is an informal term; it is an abbreviation for a revolution of the crankshaft within an engine. The related verb means ‘to accelerate’ and it can have an engine, vehicle, or driver as its subject. Rev is also used figuratively, often followed by up, about other things and means ‘to increase’ in both activity and speed.

Rev., with an initial capital is short for Reverend, which is a title of respect for a member of the clergy. It is mainly used as a written abbreviation, either before a name, such as Rev. Granger, or before another term of address, such as Rev. Father, Rev. Mother, Rev. Sir, Rev. Madam. It is also sometimes used colloquially to refer to or to address a member of the clergy (and, in this sense, it may be written without the period), so someone might say, “Remember what the Rev said in his sermon on Sunday.” Rev is also the title of a BBC sitcom about a vicar. You can see a clip from the show here:

Revolutions or revs per minute can be further abbreviated to RPM. When driving, you should try to shift gears at optimal RPM to protect your car’s engine and increase fuel efficiency. Watch this clip to learn what rev matching means:

The dial that the man refers to as a tachometer is normally called a rev counter in UK English.

Rev, as a colloquial abbreviation for revolution (in the mechanical sense) was first used as a noun in 1901, and as a verb in 1916. As for its “parent” word, the noun revolution dates back to the late 14th century. It originally meant the circular course that celestial bodies were thought to take (back then, around the earth). It can be traced back to the revolucion, with the same meaning, and the Late Latin revolutionem, revolutio, meaning ‘a revolving.’ The Latin noun came from the verb (to turn or roll back), from the prefix re- (back) and the verb volvere (to roll), and its origin can be traced all the way back to the Proto-Indo-European wel- (to turn or revolve). Rev is, therefore, related to the English words revolve, revolution, evolution, valve, vault, walk, wallet, well, willow and even helicopter. The wider meaning of revolution, ‘a great change of affairs,’ so common today, was not used until the mid-15th century, and this meaning led to the political sense, which appeared around the year 1600.

See full definition
Learn more about rev in our forums

Rev in other languages