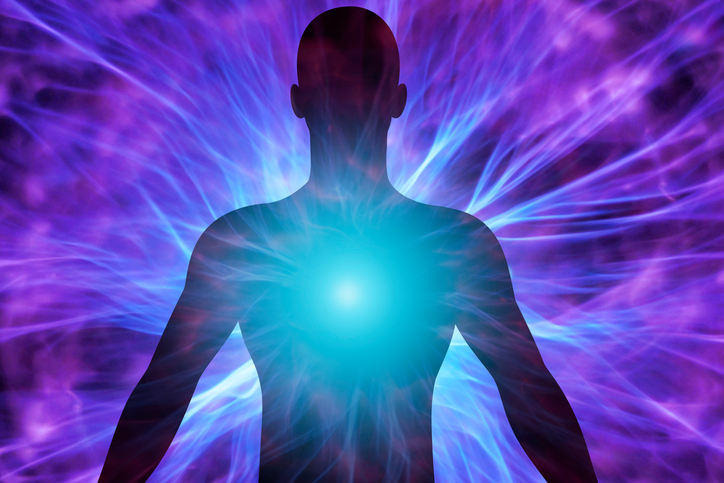 For some religions, the soul is the principle of life, feeling, thought, and action in humans, thought of as something distinct or separate from the body. Soul can also refer to the spirit of a dead person, or more generally, it can be a synonym for person. Figuratively, the soul of something can be its essential element and if you say that someone is the soul of something, that means they are an excellent example of that quality. If we say that a piece of art has soul, we mean that it conveys deep or strong feelings.

Northern Soul is a music and dance movement that came about in Northern England in the 1960s. It is also the title of a movie and you can watch the trailer here:

A soul patch is a small patch of facial hair just below the lower lip.

Soul music is a musical genre that has its roots in 1950s and ’60s African American culture. It includes elements of jazz, gospel, and rhythm and blues. Otis Redding is arguably the king of soul music. Listen to him singing “(Sittin’ on) The Dock of the Bay” here:

and because we couldn’t give you a song by the king of soul music without giving you one by its queen, here is Aretha Franklin singing “Respect:”

Soul dates back to before the year 900. The Old and Middle English sāwl or sāwol can be traced back to the Proto-Germanic saiwalo, though its origin before then is uncertain. Soul is related to the Old Saxon seola, the Old Norse sala, the Old Frisian sele, the Middle Dutch siele, the Dutch ziel, the Old High German seula, the German Seele and the Gothic saiwala, all of which mean ‘soul.’ Some linguists have suggested that the original meaning was ‘coming from or belonging to the sea,’ because that was where the soul stayed before you were born, and returned after you died. Other linguists have a similar interpretation, but read the birthplace of the world as ‘beyond the lake’ (not the sea), which was where souls lived before and after birth in some Northern European beliefs. If either of these is true, soul could be traced back to the Proto-Germanic saiwaz, also of uncertain origin, and it would be related to the Old Saxon seo, the Old Frisian se, the Middle Dutch see and the Swedish sjö (all meaning sea), as well as the German See (lake) and of course the English word sea. The sense ‘the spirit of a dead person’ has been found in Old English since before the year 1000, and it has also been used as a synonym for person since the early 14th century.

See full definition
Learn more about soul in our forums

Soul in other languages