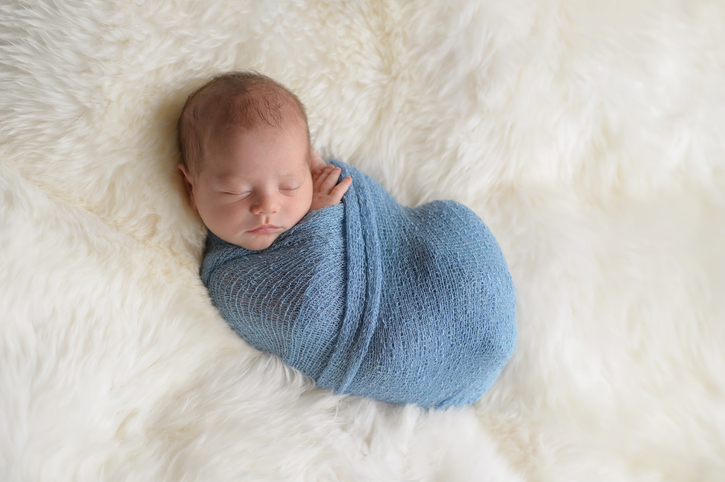 This little bundle of joy is well bundled up.

A bundle is a package, an item wrapped for carrying, or various items bound together. Figuratively, a large amount of something can be called a bundle and, as a slang term, a bundle means ‘a lot of money.’ As a verb, to bundle means ‘to wrap in a bundle’ and ‘to include related products or services in a single transaction for an all-inclusive price.’ Figuratively, usually followed by off or out, if you bundle someone somewhere it means you send them away in a hurry.

bundle up: dress warmly. Example: “We were all bundled up against the cold.”

drop your bundle (AU slang, dated): lose confidence or hope. Example: “Darryl dropped his bundle when he saw the size of his opponent.”

bundle of joy: a baby. Example: “Dan and Alice are expecting a bundle of joy in a few months.”

Bundle and bunch are both words that we use to talk about things that are gathered and fastened together. Normally, a bundle is something wrapped into a parcel of some kind, such as some clothes gathered in sheet or blanket that is knotted to enclose them, or closely attached, like sticks or twigs gathered into a pile and tied with string, whereas a bunch is usually more loosely fastened, like a bunch of keys or a bunch of flowers.

Bundle dates back to the early 14th century. Linguists disagree over whether the noun came into English directly from the Middle Dutch bundel or bondel (a diminutive form of bond, which meant ‘to bind’), or whether it emerged as a combination of this Middle Dutch word and the Old English byndele (binding). In either case, it can be traced back to the Proto-Germanic root bund– and the Proto-Indo-European root bhendh– (to bind). It is related to the German verb bündel (to bundle), as well as the Sanskrit badhnati (binds) and bandhah (a tying or bandage), the Old Persian bandaka- (subject), the Lithuanian bendras (partner), the Middle Irish bainna (bracelet), the Old English bendan (to bend a bow, or confine with a string) and bindan (to bind), the Gothic bandi (that which binds), and English words like band, bandanna, bend, bind, bond and ribbon. The figurative sense ‘a lot of money’ dates back to the late 19th century, while the expression be a bundle of nerves (to be very anxious) was first used in the 1930s. The expression, to make a bundle, comes from the noun and dates back to the early 17th century. The sense ‘to send away hurriedly,’ based on the idea of bundling up your belongings to leave, dates back to the early 19th century, while to bundle up (to wrap up in warm clothes) dates back to the mid-19th century.

See full definition
Learn more about bundle in our forums

Bundle in other languages