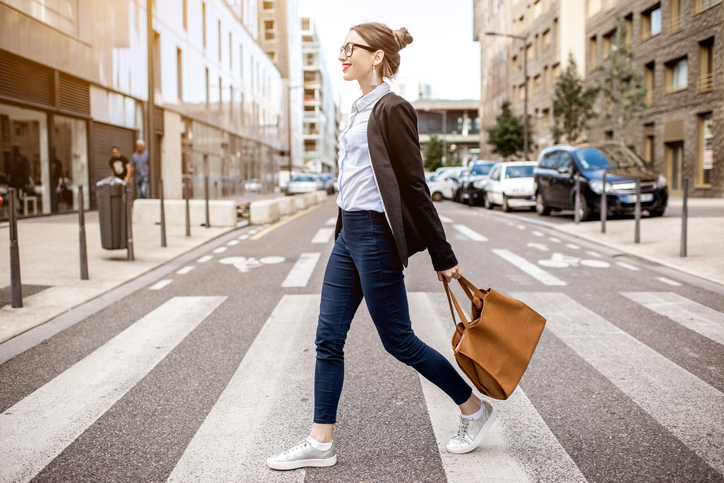 To swagger is to walk or move in a proud and arrogant way. To boast or brag noisily about something can also be to swagger. As a noun, a swagger is this particular way of walking and moving.

Listen to the Jonas Brothers singing “Heart and Soul” in this clip from the movie Camp Rock 2:

Listen out for the lyric “If you can swagger like ol’ Mick Jagger.”

Regular readers of word of the day may remember reading about the word strut, which is also a proud way of walking. If you strut, you are generally holding your head up and your torso quite stiff, with your chest puffed out, rather like a rooster. A swagger is a more relaxed, rolling gait, rather like the way John Travolta moves in this clip from the movie Saturday Night Fever:

Don’t confuse swagger with stagger. They are both ways of walking, but although the spelling only differs by one letter, if you stagger, you are walking unsteadily, as you might if you are dizzy or have had a little too much to drink.

Swagger dates back to the late 16th century, specifically the 1580s, and originally meant ‘to strut in a defiant or insolent manner,’ and is a frequentative form of the verb swag (meaning ‘to sway‘), which came into English from a Scandinavian source, such as the Old Norse sveggja (to swing or sway), and can be traced back to the Proto-Germanic swengwanan, though its origin before then is uncertain. You may remember reading about the different origin theories for swag last week. Swagger was first recorded in the works of William Shakespeare (it appears in Midsummer Night’s Dream, Henry IV and King Lear). The sense ‘to boast or brag’ dates back to the 1590s. The noun comes from the verb, and was first used in the early 18th century.

See full definition
Learn more about swagger in our forums

Swagger in other languages