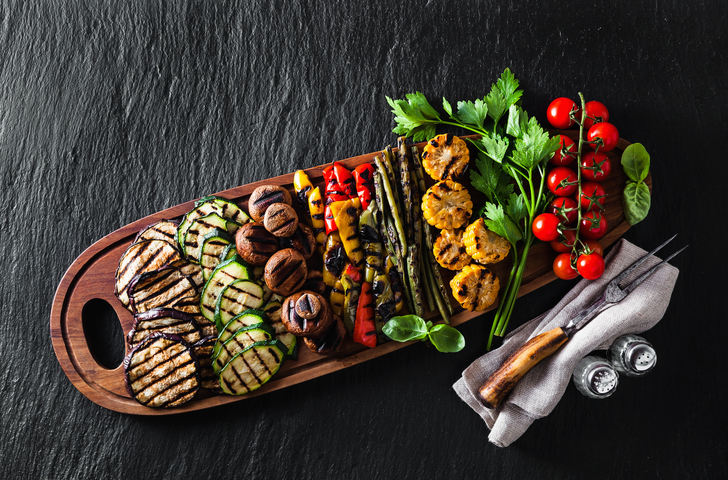 Mainly in US English, to broil is to cook or cause to be cooked by direct heat (in UK English, the usual verb for this is grill). In both US and UK English, broil means to be or to cause to be very, very hot. This last sense can be used literally and also figuratively about the weather, for example. Also figuratively, to burn with impatience or annoyance is also to broil. The related noun broil is the act or state of broiling and (mainly in US English) also something broiled. Figuratively, an angry quarrel or struggle is also called a broil and the verb broil can mean ‘to fight,’ but these latter senses are dated now.

Listen to Cab Calloway singing “A Chicken Ain’t Nothing But a Bird” here:

Listen out for the lyric “You can boil it, roast it, broil it, cook it in a pan or a pot.”

In the US, if you grill something, that means you are cooking it on a barbecue (often called a grill in the US). If you use your oven broiler (which is always called a grill in the UK), then you are broiling it (if you are in the US). You can read about the differences here, but bear in mind that this page uses the terms grill and broil as they are used in US English. In the UK, you can use either barbecue as a verb (this is also common in the US) or grill, if you are talking about cooking on a barbecue or, for cooking using your oven grill (broiler in US English), simply use grill.

Broil dates back to the early to mid-14th century. The Middle English verb blulen, broylen or broillen originally meant ‘to burn,’ but by the late 14th century, its sense had become ‘to cook (usually meat) by direct heat.’ It came into English from the Old French bruller (to broil or roast), which had evolved from the earlier verb brusler (to burn). This French verb, together with the related Italian verb brusciare, is of uncertain origin. Some believe it came from the Vulgar Latin noun brodum (broth), which was borrowed from a Germanic language such as the Frankish brōjan (broth). Others believe it evolved from the Latin verb ustulāre (to scorch or singe), from ustus, the past participle of the verb urēre (to burn), and was influenced by Germanic words with similar senses (burn) that start with br-, such as the English word brew. Either way it is likely that it came from the Proto-Indo-European root bhreu– (to boil, bubble or burn). Broil is related to the Greek phrear (well, spring or cistern), the Latin fervere (to boil or foam), the Russian bruja (current), the Old Irish bruth (heat) and the Old High German brato (roast meat), as well as English words such as barm, braise, brawn, braze, bread, breed, brew, brood, embroil, ferment, fervent, fervor and even Brazil (yes, the name of the country). The sense ‘to be very hot’ first appeared in the early 17th century. The noun meaning ‘broiled meat’ comes from the verb, and dates back to the early 19th century. The verb, meaning ‘to quarrel or brawl’ or ‘to mix up or present in disorder,’dates back to the early 15th century, as the late Middle English verb ‘broylen,’ and came into English from the Anglo-French broiller (to mix up or confuse), from the Old French brooillier (‘to mix or mingle’ or, figuratively, ‘to have sexual intercourse’). It is thought to have come into French from a Germanic source, possibly Frankish, and probably also comes from the Proto-Indo-European root bhreu-, making it related to the other sense of broil. The noun meaning ‘a confused disturbance’ or ‘a quarrel’ dates back to the early 16th century, and comes from this verb.

See full definition
Learn more about broil in our forums

Broil in other languages