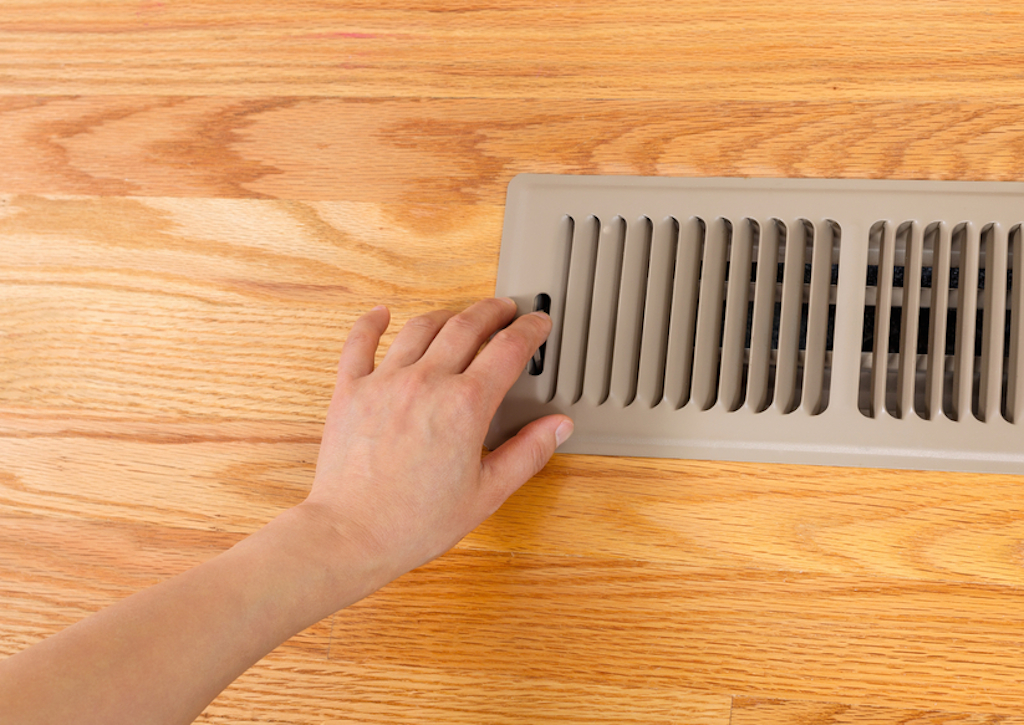 A vent is a hole in a wall that allows air, smoke, or gas to get out of an enclosed space. It is also the opening of a volcano, through which lava and other gases are emitted. Figuratively, a vent is an expression of a strong emotion or passion. As a verb, to vent means ‘to release a strong emotion’ or ‘to express something publicly.’ It also means ‘to release liquids or gases.’

give vent to something: to express something, normally an emotion, forcefully. Example: “Evelyn had kept quiet for months, but finally she gave vent to her rage.”

Listen to Rush singing “Countdown” here. Listen out for the lyric “Venting vapors, like the breath of a sleeping white dragon.”

A vent is also an opening in the back or side of a jacket or coat.

As a verb, vent can also be used informally without an object, with the meaning of expressing your emotions on a subject to someone in order to make yourself feel better. So, for example, if you have an argument with your boyfriend or girlfriend or if you have a bad day at work, you might call your best friend so that you can vent.

Vent, meaning ‘to release gases or air from a confined space,’ dates back to the late 14th century, in the form of the Middle English verb venten. It probably evolved as a short form of the Middle French verb aventer (to expose yourself to the air), from the Old French eventer (‘to expose yourself to air,’ as well as ‘to let out air’). It can be traced back to the Vulgar Latin exventare, from the Latin prefix ex- (out) and noun ventus (wind), which comes from the Proto-Indo-European we-nt-ō (blowing), from the root we– (to blow). Vent is related to the Sanskrit vatah, the Avestan vata-, the German Wind, the Gothic winds, the Old Church Slavonic vetru, the Lithuanian vėjas, the French vent, the Spanish viento, the Italian and Portuguese vento, the Welsh gwynt and the Breton gwent (all meaning ‘wind’), as well as the Sanskrit va-, the Greek aemi-, the Gothic waian, the Old High German wajan, the German wehen and the Old Church Slavonic vejati (to blow), the Lithuanian vėtra (storm), the Old Irish feth (air), and English words such as weather, wind, window, wing and even Nirvana. The senses ‘to express a strong emotion’ and ‘to express something publicly’ both appeared in the late 16th century, and come from the expression “to vent your spleen” (that’s where it was thought emotions came from). The noun, which originally meant ‘anus,’ appeared soon after, around the year 1400. It came from the verb, but was possibly also influenced by (or according to some linguists, merged with) the Middle English noun fent (an opening in the front of a garment, usually held closed with a pin). This noun came into English from the Old French fente (split), and can be traced back to the Latin findere (to split) and the Proto-Indo-European root bheid– (to split). It is related to the Sanskrit bhinadmi (I cleave), the Old High German bizzan (to bite), the Old Norse beita (to hunt with dogs) and beita (pasture or food), and English words including bait, beetle, bit, bite, bitter, boat, fissure, pita and pizza.The senses ‘outlet for air,’ ‘breathing hole’ and ‘outlet for water’ all date back to the mid-15th century, while ‘action of venting’ first appeared around the year 1500.

See full definition
Learn more about vent in our forums

Vent in other languages