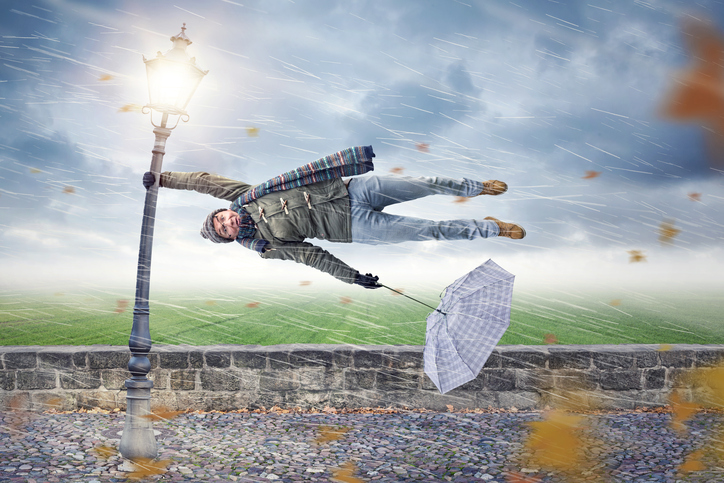 It looks like there's been a shift in the wind.

To shift means ‘to move from one place to another’ or ‘to put aside and replace with something else,’ as might be done with thoughts or ideas. Informally, to manage to get by on your own can also be shift, usually in the expression shift for yourself. As a noun, a shift is a change in position, direction, or tendency. It can also be someone’s scheduled period of work or a group of workers scheduled to work during such a period.

shift gears: to change gear in an automobile (especially in US English; in UK English, change gear is more common). This expression can also be used figuratively to mean ‘to change your attitude or course of action suddenly.’ Example: “The government seems to have shifted gears on this policy.”

make shift: to manage the best you can. Example: “When we arrived at the cottage, we couldn’t work out how to switch on the electric power and the water; it was late at night, so we had to make shift until the morning.” From this, we get the adjective makeshift, which is used to describe something used as a temporary measure, because nothing better is available. Example: “Susan used her scarf as a makeshift strap.”

shift yourself (UK, informal): stop being inactive. Example: “The teenager’s parents told him to shift himself and get a job.” The expression can also be used as an informal way of telling someone to hurry up. Example: “C’mon, shift yourself; we’re going to be late!”

A shift dress is a loose fitting dress in which the cloth falls straight from the shoulder.

The related adjective shifty means evasive or deceitful, so if someone looks shifty, that means they look like they are trying to hide something and/or doing something they shouldn’t. Another related adjective is shiftless, which means ‘lazy or idle.’

Shift dates back to before the year 1000. The Old English sciftan or scyftan (which became shiften in Middle English) originally meant ‘to arrange, place or order’ as well as ‘to divide or partition’ and ‘to share, allot or distribute.’ It can be traced back to the Proto-Germanic skiftan and the Proto-Indo-European root skei– (to cut or split). Shift is related to the Old Norse skipta (to divide, change or separate), the Old Frisian skifta (to decide, determine or test), the Dutch schiften (to divide or turn), the German schichten (to classify) and Schicht (shift), as well as English words such as conscience, esquire, nice, science, schizophrenia, sheath, shed, shin, shingle, ski and squire. The sense ‘to make ready, set in order or control,’ as well as ‘to take care of yourself,’ dates back to around the year 1200, while the sense ‘to alter or change’ is from the mid-13th century. The meaning ‘to go, depart or move,’ or ‘to move or transport something’ first appeared around the year 1300. The sense ‘to change the gear setting of an engine’ is from around 1910, while the figurative use of shift gears appeared in the 1960s. Shift, as a noun meaning ‘a movement or a beginning,’ dates back to the year 1300, and comes from the verb. The sense ‘a period of working time’ was first used in the early 19th century.

See full definition
Learn more about shift in our forums

Shift in other languages