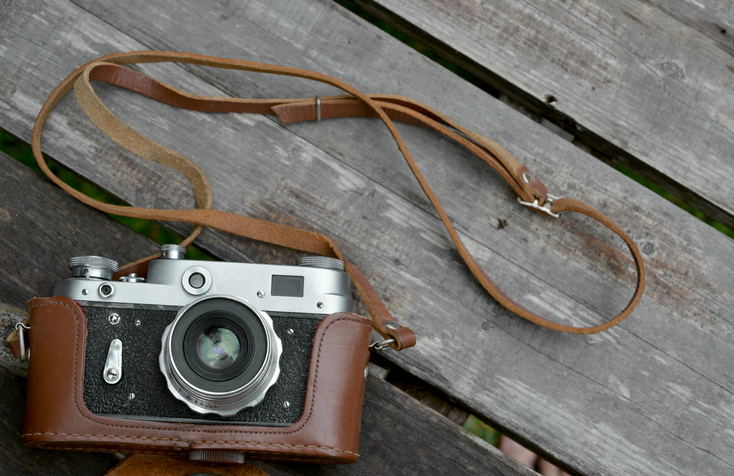 A strap is a narrow strip of material used for holding things together or a looped band by which an item may be held, carried, pulled, or lifted. It’s also the strip of material or metal that holds a watch to your wrist. A strap or strop is also a device to sharpen razors. To strap means ‘to fasten or secure with a strap,’ ‘to beat or whip with a strap,’ or, if we are talking about a razor, ‘to sharpen on a strap.’

Strap is also short for strapline, which is a subheading in a newspaper or magazine article or the caption or slogan on an advertisement.

Listen to The Strangler’s song “Outside Tokyo” here:

Listen out for the lyric “Fifty million watches with a strap to sell.” The lyric is a play on the meaning of strap as a watch strap and as a strapline or advertising slogan.

Informally, in Australian English, to hit your straps means ‘to achieve your potential or become effective,’ so someone might say, “Bruce has taken a while to settle into his new job, but I reckon he’s hit his straps now.” The expression comes from the moment when a team of horses start working together to pull a plow or a carriage. Until the horses get into rhythm, there is some slack in the harness straps. Once the rhythm is established and the horses are working together effectively, the straps become taut.

Meaning ‘a band of leather,’ most linguists believe that strap dates back to the early 17th century, and was either a Scottish or a nautical variant of the older words strope, meaning ‘a loop or strap on a harness,’ which had been used since the mid-14th century (you may find that some linguists use this date as the origin of strap, since the variation can be read as a spelling evolution even if it started in a particular dialect). In this origin theory, whichever date we consider its origin, strap probably came into English from the Old French estrop (strap). However, there was also an Old English noun stropp (halter), which most linguists think was borrowed directly from Latin. This may be the origin of strap, which means it would date to before the year 1000, but there is no evidence of the word being used between the year 1100 and the mid-14th century. While it is true that it could have been used and the evidence was lost, it is more likely that the word re-entered English through the French. Either way, strap can be traced back to the Latin stroppus (strap) and the Greek strophos (‘a twisted band’ or ‘a cord or rope’), from strephian (to turn), and ultimately from the Proto-Indo-European root streb(h)– (to wind or turn). It is related to the Dutch strop (halter), the Greek strophe (stanza), and English words like apostrophe, catastrophe, strep and strobe. The verb, meaning ‘to fasten or secure with a strap,’ dates back to the early 18th century, and comes from the noun. The senses ‘to beat with a strap’ and to sharpen with a strap’ both date back to the mid.18th century.

See full definition
Learn more about strap in our forums

Strap in other languages