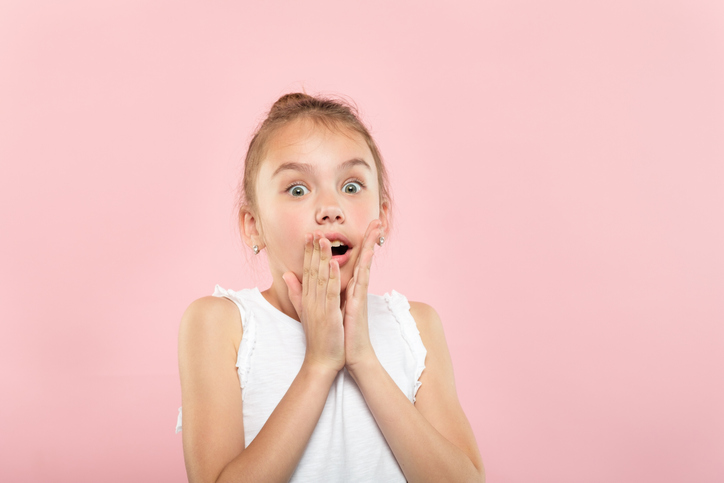 A gasp is a sudden and short intake of breath, usually in response to shock or surprise. A struggling effort to breathe can also be a gasp and so is a short, convulsive utterance. As a verb, to gasp means ‘to draw in a breath sharply,’ ‘to struggle for your breath,’ and ‘to say something with a sharp intake of breath.’

last gasp: dying breath. Example: “With his last gasp, the old man told his children he loved them.” This can also be used figuratively. Example: “In the digital age, print media has reached its last gasp.”

at the last gasp, at your last gasp: on the point of dying, either literally or figuratively. Example: “This industry is at its last gasp.”

be gasping for (UK): be craving. Example: “It was Friday night, and workers leaving their offices were gasping for a drink.”

Gasp is the title of a Mickey Mouse cartoon and you can watch it here:

A gasper, unsurprisingly, is a person or animal who gasps, but it is also a now dated UK slang word for a cigarette. You won’t hear people use it anymore, but you might sometimes come across it in older books.

Gasp dates back to the late 14th century, in the form of the Middle English verb gaspen, meaning ‘to open your mouth wide’ or ‘to exhale.’ Most linguists think it came into English from the Old Norse geispa (to yawn), which is probably related to the Old Norse gapa (open the mouth wide). A few linguists have also suggested that the verb could have existed in Old English, and would have looked something like gāspen, though no records of it have been found. Either way, gasp can be traced back to the Proto-Indo-European root gheih-, meaning ‘to gape,’ ‘to yawn’ or ‘to be wide open.’ Gasp is related to the Danish gispe (gasp) and gabe (gap), the Swedish gapa (gap), the Middle Dutch and Dutch gapen and the German gaffen (to gape or stare), as well as the Old Norse gina (to yawn), the Dutch geeuwen and the Old High German ginen (to be wide open), the German gähnen (to yawn), the Sanskrit vijihite (to gape or be ajar), the Greek khainein and the Latin hiare (to yawn or gape), the Old Church Slavonic zinoti (to open your mouth), the Russian razinut‘, the Serbo-Croatian zinuti, the Lithuanian žioju, žioti and the Czech zivati (to yawn), and a few English words, including chaos, chasm, gap, gape, hiatus and yawn. The noun, meaning ‘a sudden and short intake of breath,’ ‘a short utterance’ or ‘an effort to breathe,’ dates back to the mid-16th century, and comes from the verb. The first recorded use of the word as a noun is actually in the expression ‘last gasp,’ which you read about above.

See full definition
Learn more about gasp in our forums

Gasp in other languages

Intermediate+ Word of the Day: fringe