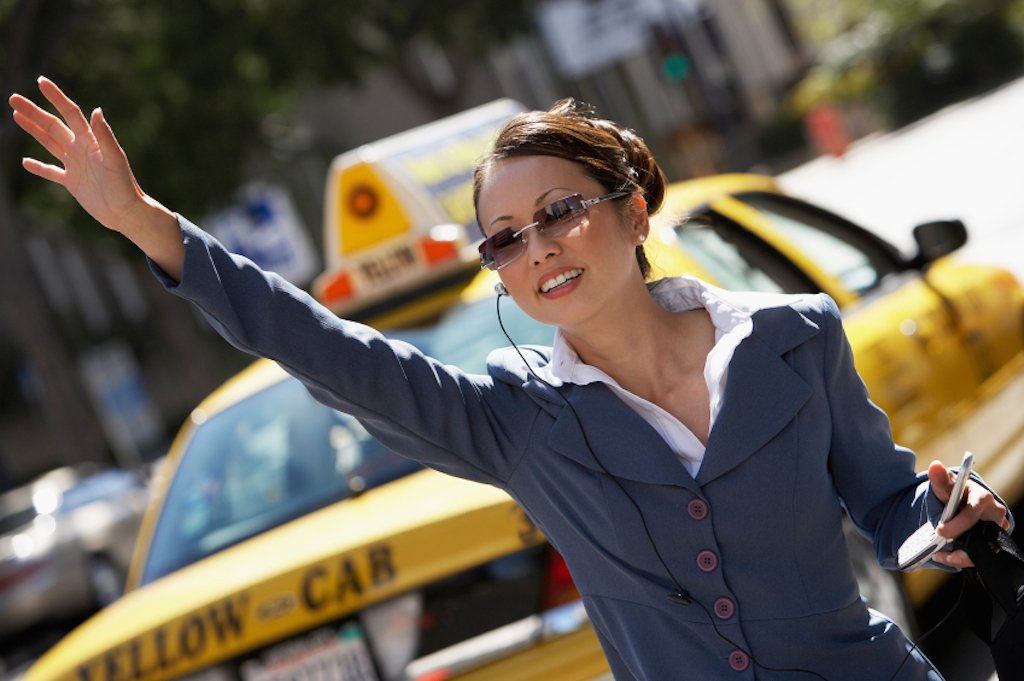 A woman hailing a cab

As a noun, hail refers to little pieces of ice that fall from the sky in heavy storms. Figuratively we use it to mean ‘a large quantity of anything.’ As a verb, it means ‘to rain hail’ or ‘to fall like hail.’ However, hail has other meanings as a verb. It also means ‘to welcome something very enthusiastically’ or ‘to attract someone’s attention.’

hail from: come from. Example: “Erika lives in Brighton now, but originally she hails from Finland.”

hail a cab/taxi: to gesture to a taxi to stop and pick you up. Example: “I live on a busy street so it is always easy to hail a cab.”

Hail Caesar is the English translation of the Latin Ave Caesar. Hail was previously used as a way of greeting someone, but these days that sounds extremely old fashioned, so you are probably better off sticking to “Hello” or “Hi.”

Hail Caesar is also the title of a 2016 movie, directed by the Coen Brothers, about 1950s Hollywood. You can see the trailer here:

Hail, meaning ‘frozen rain or pieces of ice falling in showers,’ dates back to before the year 900, in the form of the Old English noun hægl, hægol, hagol or hegel, (Middle English hayle, haile or hail) which could mean either ‘hail’ or ‘hailstorm.’ It can be traced back to the Proto-Germanic haglaz, probably from the Proto-Indo-European root kaghlo– (pebble). Hail is related to the Old Frisian heil, the Old Saxon, the Old High German hagal, the Old Norse hagl and the German Hagel (all meaning ‘hail’), as well as the Greek kakhlex (round pebble). The verb, meaning ‘to fall as hail,’ also dates back to before the year 900, and comes from the same origin as the noun, though it’s impossible to know which came first. It has been used figuratively, meaning ‘to fall like hail,’ since the mid-15th century. Hail, as an interjection used to greet someone, dates back to around the year 1200. It came into English from a Scandinavian source, possibly the Old Norse heill (health, prosperity or good luck), though it was influenced by an Old English phrase that was already used, wæs hæil (be healthy). It can be traced back to the Old English hælþ (hæelth, ‘wholeness, health or wellness), from the Proto-Germanic hailitho and the Proto-Indo-European root kailo– (whole, uninjured, or of good omen). Hail is, therefore related to the English words heal, health, healthy, holy and whole. The verb, meaning ‘to greet or address someone with “hail!”‘ or ‘to drink a toast to someone,’ also dates back to around the year 1200, in the form of the Middle English verb heilen, and comes from the interjection. The sense ‘to call from a distance’ first appeared in the mid-16th century, and was originally used by sailors.

See full definition
Learn more about hail in our forums

Hail in other languages