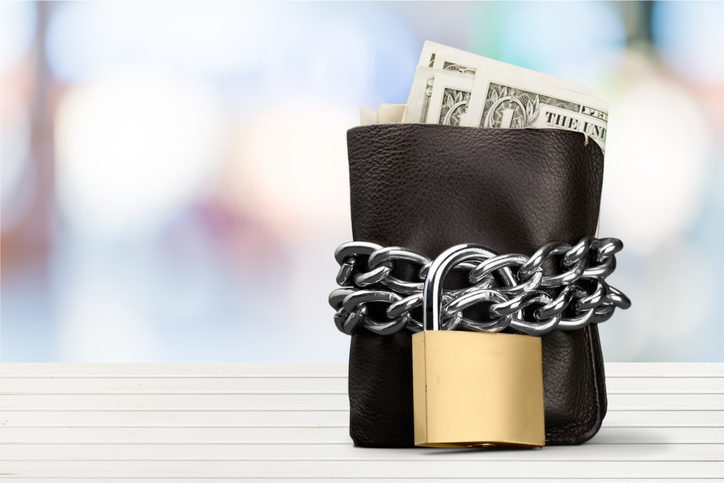 Cheapskate can be used for both people and actions. In reference to a person, it means ‘someone who doesn’t like spending money, who is very stingy, and who wants to save as much money as possible.’ When used as an adjective to describe actions, cheapskate refers to great unwillingness to spend money. It has a negative connotation.

Listen to the Clash with their song “Cheapskates” here:

A miser is similar to a cheapskate, but it is much stronger and has an even more negative, disapproving meaning. It often refers to a selfish old man. In English literature, a classic example is Ebenezer Scrooge from the Charles Dickens novel A Christmas Carol. Thrifty is another adjective that is similar to cheapskate, but it generally has a positive connotation and means that someone is good at avoiding spending money. Sometimes one person might call someone a cheapskate while someone else would call the same person thrifty.

Cheapskate, meaning ‘miserly person,’ dates back to the late 19th century. It is formed by the words cheap and skate. The origin of the latter is uncertain. Some linguists think it probably came from the US slang skate, meaning ‘a worn-out horse’ (rather than the verb meaning to glide), which also dates back to the late 19th century, but others believe it may be related to the Scottish and Northern English dialectal word skite, which meant ‘contemptible person’ as well as ‘sudden strike or blow.’ If this is the case, it can be traced back to the Old Norse skyta (to shoot), and is related to the English word shoot. As for cheap, the adjective meaning ‘low in price’ dates back to around the year 1500, and can be traced back to the Old English noun ceap (a purchase) and verb ceapian (to trade, sell or buy), which came from early Germanic borrowings of the Latin caupo (petty tradesman or peddler) or cauponari (to haggle). Cheap is related to the German kaufen (to buy), the Old Norse kaupa (to bargain or barter) and the Gothic kaupon (to traffic or trade). Cheapskate was been used to refer to actions since the early 20th century.

See full definition
Learn more about cheapskate in our forums

Cheapskate in other languages

Intermediate+ Word of the Day: slay