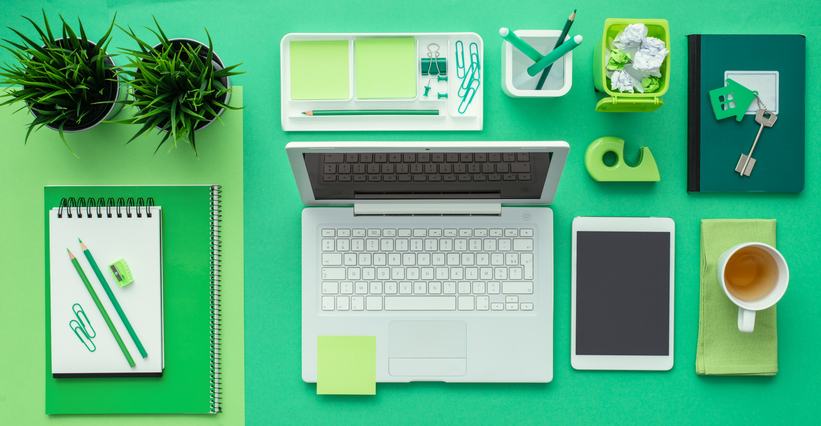 Neat is an adjective that has several meanings. These include ‘tidy and organized,’ and ‘elegant in appearance.’ In the US it can also mean ‘wonderful, great, or cool.’ In reference to alcoholic drinks, it means ‘without ice or water.’ Additionally, in US English, it is used as an interjection to express when you like something.

Though it is now considered archaic, neat was also a noun that could mean ‘a cow, an ox or a bullock,’ or collectively, ‘cattle.’

Neat and clean are similar but not the same. If a place is “neat,” it means that it is organized and not messy. So to have a neat bedroom, you should make your bed. But if you have not washed your sheets in a year, or if there is a week-old hamburger sitting on your desk, the room may be neat but it certainly isn’t clean.

Neat, the adjective meaning ‘tidy or organized,’ dates back to the mid-14th century, as the Middle English adjective nete, nette or net, and originally meant ‘good, clean or free from dirt.’ It came into English from the Anglo-French neit, a variant of the Middle French net (clear or pure). Neat can be traced back to the Latin adjective nitidus (literally ‘gleaming,’ but used figuratively as ‘trim,’ ‘well-favored’ or ‘elegant’) from nitere (to shine), ultimately from the Proto-Indo-European root nei– (to shine). Neat is related to the Middle Irish niam (gleam or splendor) and niamda (shining), the Old Irish noib (holy) and niab (strength), and the Welsh nwyfiant (gleam or splendor), as well as the French net (clean and clear), the Spanish nítido (clear or transparent), and the English adjective net (good or clean). The most common senses now, ‘tidy or organized’ and ‘elegant or well-groomed,’ appeared in the mid-16th century, while ‘inclined to be tidy’ was first used in the late 16th century. Neat has been used to describe ‘unadultered’ wine since the mid-16th century, and this sense expanded to ‘straight’ liquor around the year 1800. The US colloquial sense, ‘very good,’ was first used in the 1930s. Neat, a rarely used noun meaning ‘cow, ox or bullock,’ ‘animal or beast,’ or ‘cattle or livestock,’ dates back to before the year 900, as the Old English noun nēat. It can be traced back to the Proto-Germanic nautam (a possession or a thing of value) and the Proto-Indo-European root neud– or newd– (to acquire, enjoy or make use of). Neat, in this sense, is related to the Old Frisian nat, the Middle Dutch noot, the Old High German noz, the Old Norse naut (all meaning ‘cow, ox, animal, cattle or livestock), the Dutch noot (‘cow or cattle,’ found only in compounds), the dialectal German Noß (livestock), the Swedish nöt (cattle), the Icelandic naut (cattle or bull) and the Faroese neyt (cattle).

See full definition
Learn more about neat in our forums

Neat in other languages