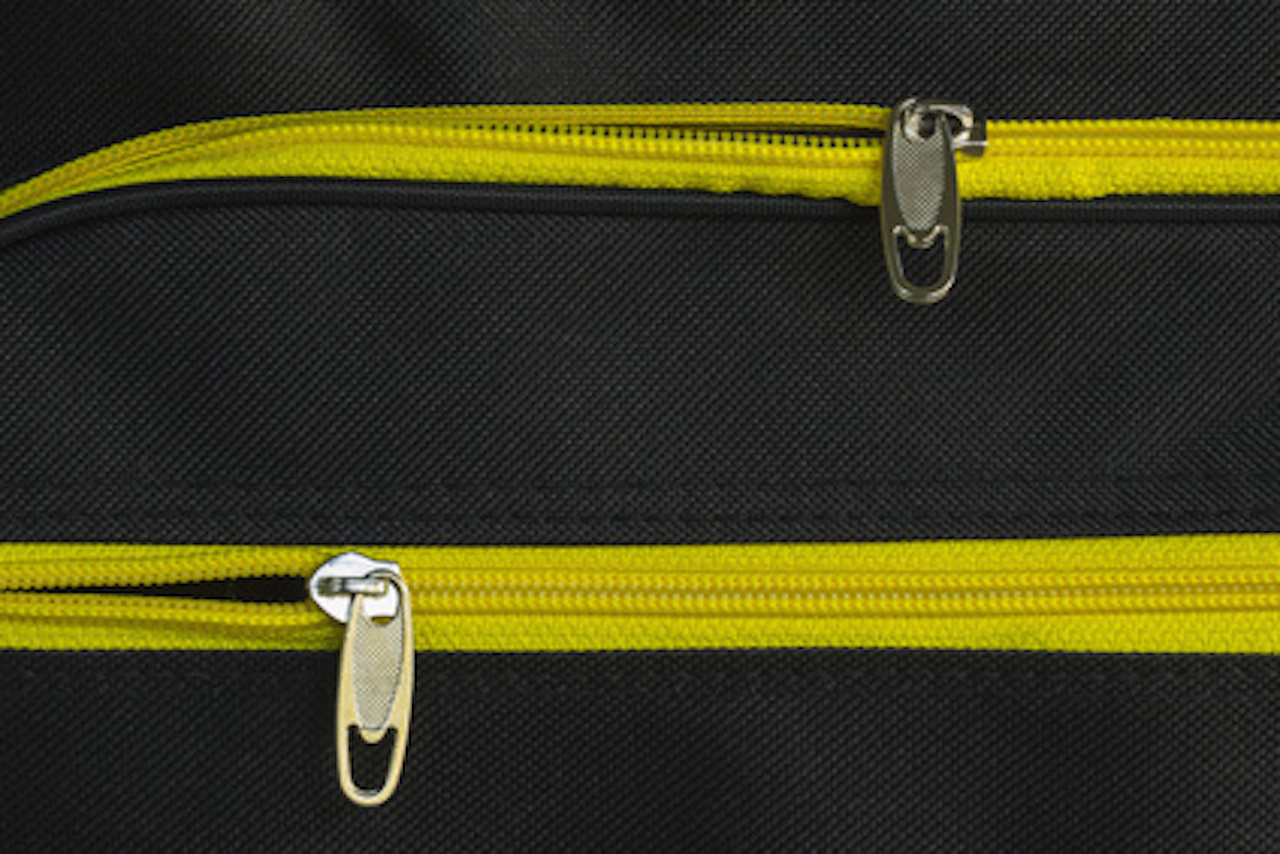 You may already know that zip is a short word for zipper in the UK and is a format for compressing computer files. You also might know that a zip or zip code is a postal code in the US. But zip is also an informal way of referring to vitality and vigor, and in US English, it also means “nothing.” As a verb, it means not only “to fasten or unfasten a zipper” (often as zip up) and “to compress a file,” but also “to move with a hissing sound” and “to transport quickly.” Finally, in US English, zip up means “to add vitality or interest to something.”

zip it (slang): be quiet. Example: “You’re spreading lies about my sister, so zip it!”

zip along: move quickly or normally in a straight line. Example: “Zip along now or you’ll be late for school.”

zip around: move quickly between various places or in various directions. Example: “The fly zipped around until it found a drop of honey.”

The word zipper was originally the name of a brand of rubber boots with a fastener, released in 1923 by a North American company. The name was so catchy that people started using it for the name of the fastener itself. Zipper is more commonly used for the fastener in US English. In the UK, people mainly say zip.

Zip, meaning ‘to move quickly,’ dates back to the mid-19th century. Its origin is probably imitative of the sound that this kind of movement could make. The sense ‘close with a zipper’ dates back to the 1930s, and is a back-formation from the noun zipper (which itself came from the verb zip). The noun zip, meaning ‘the sound of something moving quickly,’ dates back to the mid-19th century as well, and is also imitative (linguists are pretty sure that the noun and the verb emerged separately, but as part of the same process). ZIP, as the adjective found in ZIP code (the numbers used to identify a certain area for mail delivery) is actually an acronym for ‘Zone Improvement Plan,’ but the full name was probably chosen because the acronym would remind people of the verb zip.

See full definition
Learn more about zip in our forums

Zip in other languages