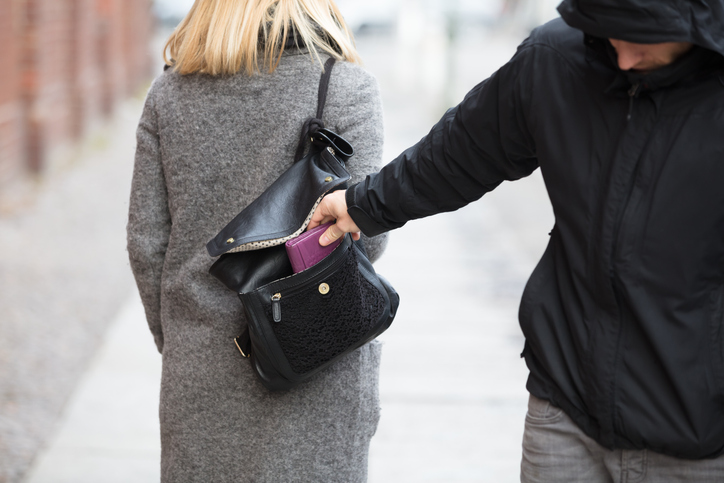 Nick is not only a nickname for Nicholas. A nick is a small cut or mark on a person or a thing, and as a verb it means ‘to cut or to make a small mark on something.’ In British English, nick is a slang word for prison and, as a verb, it can mean either ‘to arrest someone’ or ‘to steal something.’

in good/bad nick (UK): in relatively good/bad condition. Example: “The car was old, but it was in good nick for its age.”

nick off (mainly Australian slang): to leave quickly. Example: “Scott was angry with Jane, so he told her to nick off.”

Nick of Time is the title of a 1995 movie starring Johnny Depp and Christopher Walken. You can see the movie trailer here:

“Old Nick” is one of the many expressions British English speakers use as an informal name for the Devil. It was first used in the 17th century but became much less common after the 1800s.

Nick, meaning ‘a notch, grove or slit,’ dates back to the late 15th century, as the Late Middle English noun nyke. Its origin is uncertain, but some linguists think it may have come from the Middle French niche (‘a shallow recess for a dog’ or ‘a kennel’), though the origin of niche is also uncertain. It may have come from the Italian niccia (niche or nook) and maybe even the Latin mitilus (mussel), or it may have come from the Old French verb nidier (to nest), from the Gallo-Roman nidicare and the Latin nidus (nest). Other linguists think it was a variant of the Middle English noun nock (notch), possibly form a Scandinavian language, or maybe from the Middle English verb nikken (to nod), from the Old English hnīgan (to bow down, incline, descend or sink), which can be traced back to the Proto-Germanic hnīgana, and the Proto-Indo-European root ken– (to press, pinch or kink), though in the latter cases, linguists do think the French word may have influenced the evolution of the English senses of nick. Nick may be related to the French niche, the Spanish nicho and the Italian nicchia (all meaning ‘niche’), as well as the German Knick (a flaw or defect) and nicken (to nod or kink), the Old Frisian hnekka (to nod), the Dutch nikken (to nod) and nok (notch), the Danish nikke (to nod), the Swedish nicka (to nod) and nock (notch). The figurative sense ‘critical moment’ dates back to the late 16th century, but the expression ‘nick of time’ first appeared in the mid-17th century. The verb, meaning ‘to make a notch in,’ dates back to the early 16th century, and comes from the verb. The figurative sense ‘to catch unaware’ or ‘to arrest’ is from the early 17th century, while ‘to steal’ dates back to the mid-19th century.

See full definition
Learn more about nick in our forums

Nick in other languages