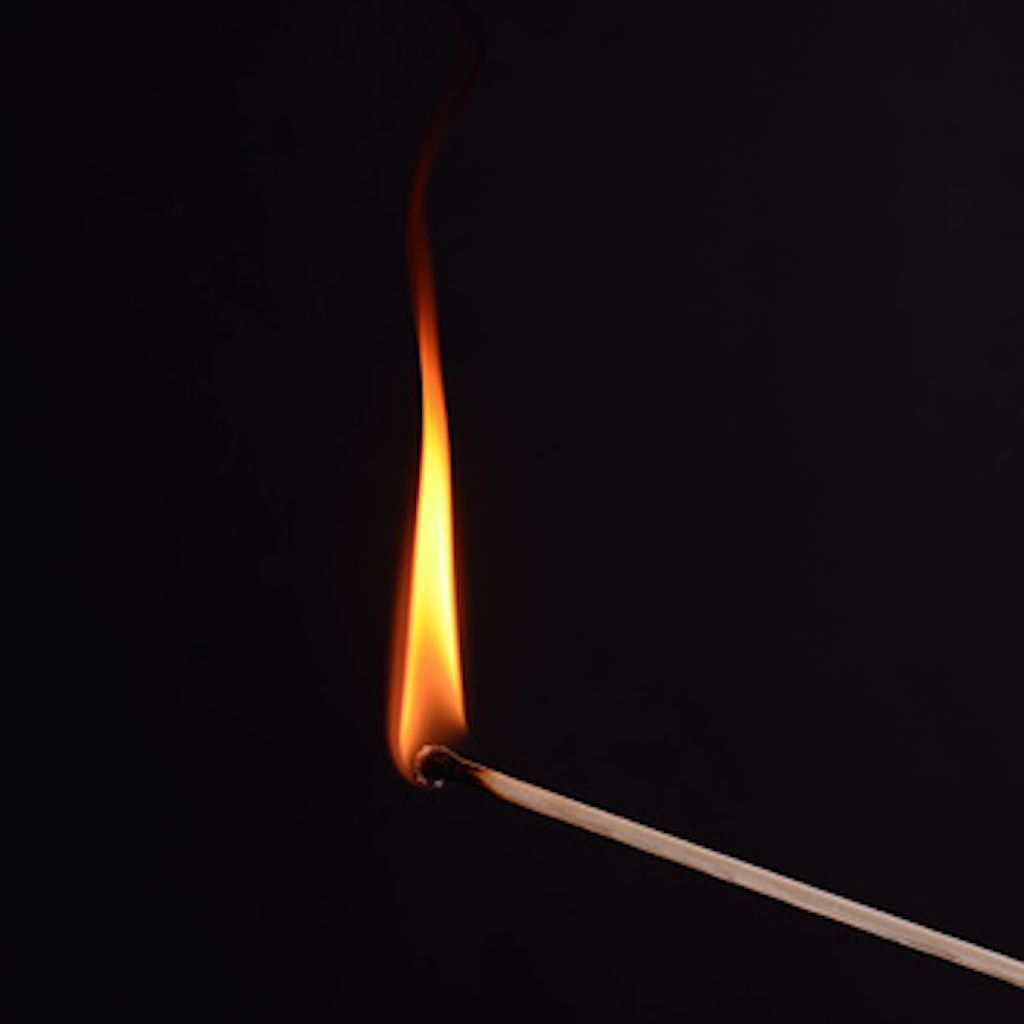 As a verb, flare means ‘to burn with a sudden intensity’ or ‘to burn in an unsteady way.’ Figuratively, it is used to talk about emotions or people that suddenly explode violently. As a noun, a flare refers to the moment when a fire or light becomes more intense. Flare also means ‘to be or become wider at the bottom.’

flare gun: a device used mainly by ships to call for help when they are in danger; it shoots out a bright device (also called a flare) that lights up the sky to get attention. Example: “After the ship hit the rocks, the captain shot his flare gun to signal for help.”

flare up: get really angry. Example: “John always flares up when anyone mentions his big nose.”

Flares, always in the plural, is the name of a specific type of pants worn mainly in the 1960s and 1970s. They are also called bell-bottoms and their main feature is that they get wider from the knees down. Today they are also called boot-cut, but they don’t get as wide as the ones in the ’70s did.

You can see several people wearing flares in this clip of “Papa Was a Rolling Stone” being performed on the TV show Soul Train:

Flare, originally meaning ‘to spread out,’ dates back to the mid-16th century. Its origin is uncertain, but it may have come from a Scandinavian source, or from the Dutch vlede (fleece). It was mostly used about spread out hair, but soon extended to anything that could be spread out from a center. The sense ‘to shine out with a sudden light’ dates back to the early 17th century, and ‘to spread out gradually’ first appeared in the mid-17th century. The noun, meaning ‘a bright, unsteady light,’ comes from the verb, and was first used in the early 19th century. The sense ‘a light signal is from the late 19th century, while ‘a gradual widening’ was first recorded in the early 20th century. It was this sense that led to pants with bell bottoms being called flares in the 1970s.

See full definition
Learn more about flare in our forums

Flare in other languages