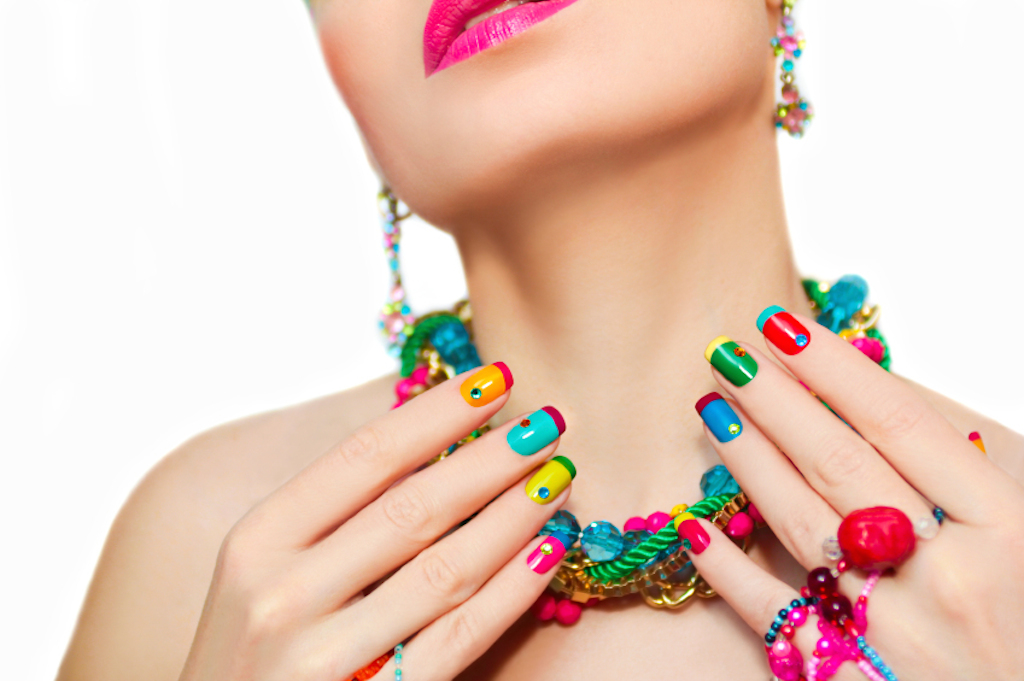 I love using jewelry and nail polish with bold colors.

be (so) bold (as to do something):  presume or dare to do something that may be inappropriate. Example: “If I may be so bold, your daughter is by far the most beautiful woman at the party tonight!” “The prince was so bold as to ask the princess to dance, even though it was clear that she detested him.”

The Bold and the Beautiful is an American soap opera (that’s a kind of long-running TV drama about a particular group of characters). You can see a clip from the show here:

Bold is also a kind of type seen in computers and print that darkens and thickens the letters to add emphasis, like this. We can also call this kind of type boldface.

Bold dates back to before the year 1000, as the Old English adjective beald or bald (Middle English bald or bold), which meant ‘brave,’ ‘confident,’ ‘strong’ or ‘stout of heart.’ It can be traced back to the Proto-Germanic balthaz and the Proto-Indo-European root bhel– (to blow or swell). Bold is related to the Old High German bald (bold or swift), the Gothic balþei or balthei (boldness), the Old Norse ballr (frightful or dangerous), the Old French and Provençal baut (bold) and the Italian baldo (bold, daring or fearless), as well as the Greek phyllon (leaf), the Latin flos (flower), florere (to blossom or flourish) and folium (leaf), the Old Prussian balsinis (cushion), the Old Irish bolgaim (I swell), blath (blossom or flower) and bolg (bag), the Serbian buljiti (to stare or be bug-eyed) and the Serbo-Croatian blazina (pillow). It is also related to many English words, including bale, ball, balloon, ballot, boulder, bowl, bulk, bull, folly and fool, as well as names such as Archibald and Leopold. The (negative) sense ‘audacious, presumptuous or overstepping bounds’ was first used in the late 12th century, while ‘requiring or exhibiting courage’ dates back to the mid-13th century. It has been used to describe something visual as ‘standing out’ or ‘striking the eye’ since the mid-17th century, and for flavors since the early 19th century.

See full definition
Learn more about bold in our forums

Bold in other languages