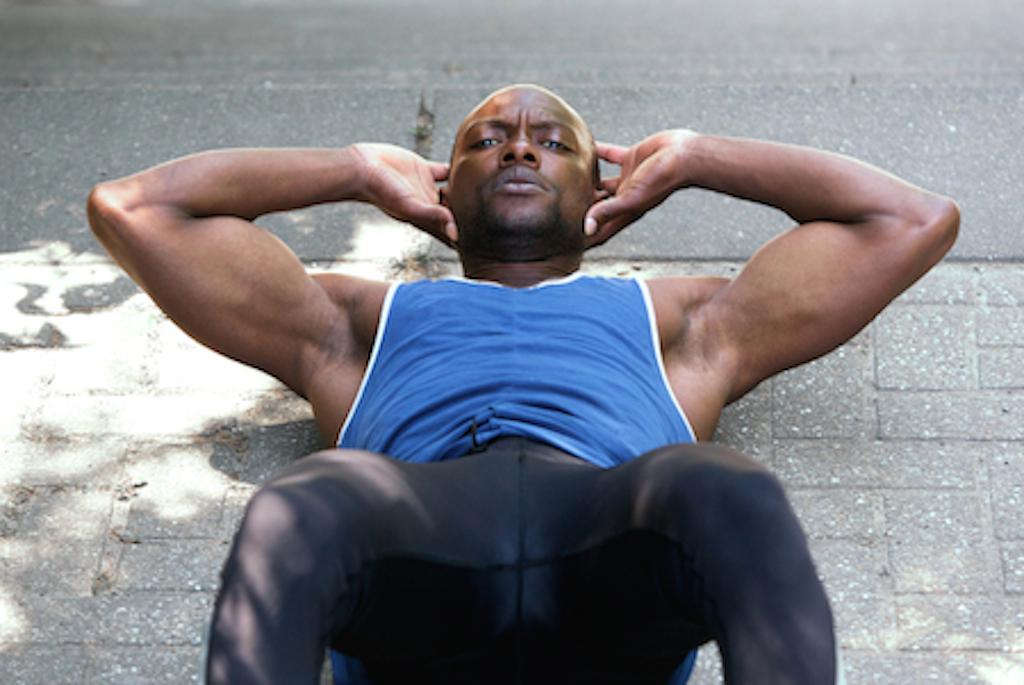 To crunch means ‘to chew something while making a loud crushing sound.’ It also means ‘to crush noisily.’ As a noun, it is the sound of crushing and also an exercise for the abdominal muscles.

Crunch is the sound potato chips (crisps in UK English) make when you eat them. Listen to Sam Gaillard singing his song “Potato Chips” here. You will hear crunch and its related adjective crunchy lots of times in the lyrics.

Crunch time is a slang expression used to refer to the period of time just before something needs to be handed in or is due. At this time, people need to work quickly to get things done, and it is usually very stressful. “The deadline is just a few hours away now, so this is crunch time!”

Crunch is also a verb that means ‘to make calculations involving large amounts of data or numbers.’ For example: “The new system crunches numbers four times quicker than the old one.”

crunchy (adjective): food that makes a crunching sound when you bite it. For example “I like my cereal to be crunchy, so I prefer to have it without milk.”

Crunch, originally meaning ‘to crush with your teeth,’ dates back to the early 19th century. It emerged as a variant of craunch, which had been around since the 17th century, and was probably imitative in origin. Many linguists believe that the change occurred due to the influence of the word crush. The senses ‘to act or proceed with the act of crunching’ and ‘to crush noisily’ both appeared in the mid-19th century. The noun, meaning ‘the act of crunching,’ comes from the verb, and dates back to the 1830s. The figurative sense, ‘critical moment,’ is also from the 1830s and was popularized after Winston Churchill used it in his book about Marlborough in 1938.

See full definition
Learn more about crunch in our forums

Crunch in other languages

Intermediate+ Word of the Day: shaft