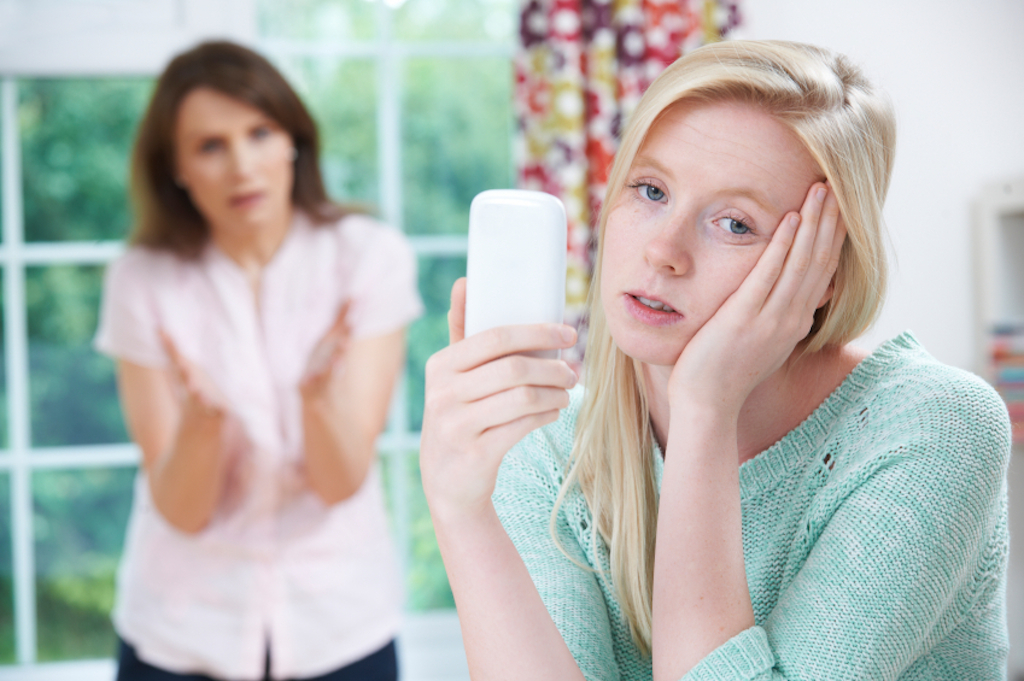 Teenagers often think their parents are nagging them.

Nag is a word used informally among native speakers. It means ‘to annoy by constant demands or criticism,’ or ‘to be the cause of pain, irritation, or unease.’ Even more informally, a nag is a person who nags and irritates other people all the time.

You can also use nag without a direct object, in which case it takes the preposition “at.” Example: “The idea that she had left the oven on kept nagging at Frances.”

Nag is also used without an object and with the adverb “on” to mean that someone keeps nagging. Example: “Teenagers often complain that their parents are always nagging on about how much TV they watch.”

Listen to Joan Jett and the Blackhearts singing “Nag” here:

A nag is also a horse, usually an old horse that someone considers worthless.

When talking about a person nagging or being a nag, the word used to mainly be associated with women. However, in these less sexist times, most people recognize that both men and women can nag a lot!

Nag, meaning ‘to annoy by scolding,’ is a relatively new term, and dates back to the early 19th century. Its origin is uncertain, but it is thought to have evolved from a dialectal term, nag, that meant ‘to gnaw,’ and probably came from a Scandinavian source. As such, it can be traced back to the Proto-Germanic gnagan (to gnaw). Nag is related to the Old Norse gnaga (‘to complain,’ but literally ‘to bite or gnaw’) and the dialectal Swedish and Norwegian nagga (to gnaw), as well as the Old Saxon gnagan, the Old Norse and Swedish gnaga, the Middle Dutch and Dutch knagen, the Old High German gnagan and the German nagen (all meaning ‘to gnaw’), and of course the English word gnaw. The noun meaning ‘a person who nags’ dates back to the mid-19th century, and comes from the verb. Nag, meaning ‘a riding pony’ and ‘an old horse,’ dates back to around the year 1400, in the form of the Middle English noun nagge. Its origin is uncertain, but it is thought to be related to the word neigh, of imitative origin.

See full definition
Learn more about nag in our forums

Nag in other languages