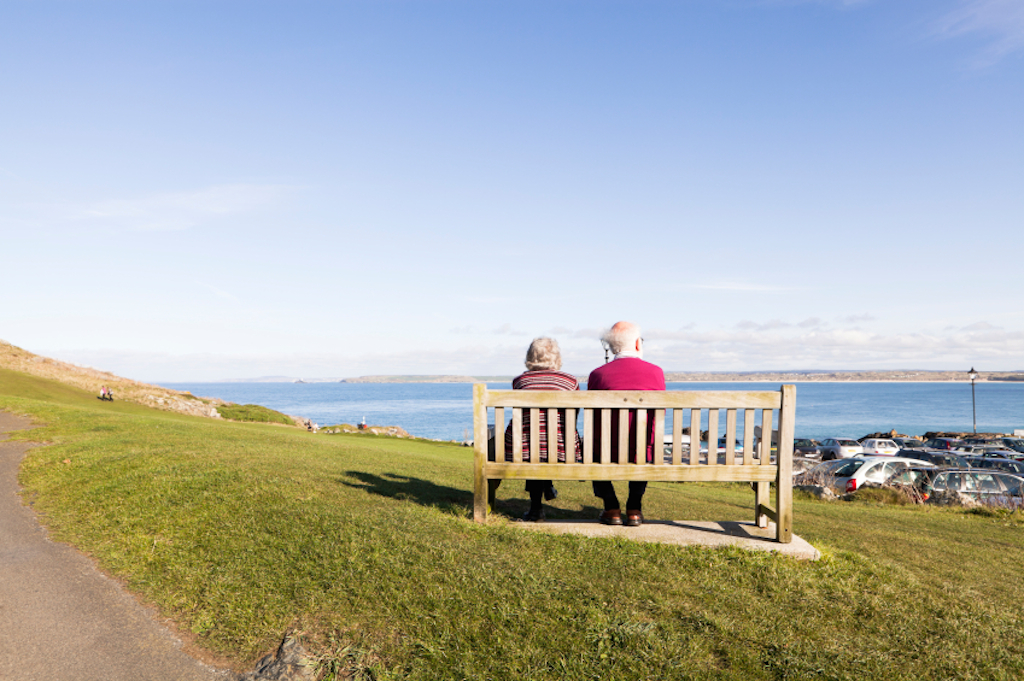 A bench is a long seat for three or four people, often found in parks and public spaces. It is also a judge’s seat and it is used figuratively as a symbol of a judge’s power. In sports, it is the seat where the team members who are not playing sit. As a verb, in US English, to bench somebody means ‘to remove somebody from a sports game,’ but it is also used informally to mean ‘to remove someone from any other situation.’

bench press: This is an exercise where someone lies on a bench and pushes a weight (called a barbell) up and down with their arms; this can also be a verb for the action of pushing the weight up and down. Colloquially, the verb can be shortened to just bench. Example: “I can bench 215 pounds.”

workbench: a sturdy (ie, extremely stable) table where an artisan works. Example: “The potter painted the vase at her workbench.”

If a member of a sports team is usually on the bench, you can humorously refer to them as a benchwarmer (because they are keeping the bench warm). The Benchwarmers is the title of a 2006 movie, and you can watch the trailer for it here:

Bench also means ‘to exhibit a dog at a dog show,’ because the platform where the animals are placed during the show is also called a bench. Example: “The trainer plans to bench his toy poodle at several dog shows this year.”

Informally, in sports, bench can refer not just to the actual bench where the substitute players sit, but also the players themselves. Example: “The team is successful because they have a deep bench.”

The long seats where politicians sit in the British Houses of Parliament are called benches. Senior politicians or spokespeople for their parties sit on the front bench (they are known as frontbenchers) and less senior members sit farther back, on the back benches (they are known as backbenchers). Frontbench and backbench are also used as adjectives to describe actions undertaken by the people who sit on the front or back benches. Example: “This frontbench policy has met with a lot of backbench opposition.”

Bench dates back to before the year 1000, in the form of the Old English noun benc (Middle English benk, bynk or bench), which meant ‘long seat’ (especially one without a back). It can be traced back to the Proto-Germanic bankiz (bench) and the Proto-Indo-European root b(h)ewg(h)– (to bend or curve). Bench is related to the Old Frisian bank, the Old Norse bekkr, the Danish bænk, the Middle Dutch banc, the Old High German banch, the Dutch bank, the German Bank, the Danish bænk, the Swedish bänk, the Icelandic bekkur and the Scots benk or bink (all meaning ‘bench’), as well as the English word bank (in the sense of a natural incline on the shore of a body of water). Bench has been used to refer to the place where judges sit since around the year 1300, and this sense extended to ‘the office of a judge’ and to ‘judges collectively’ in the 14th century. The sports sense was first used in the US in the late 19th century to refer to the physical place where players sat during a game, and extended to ‘the players not in the game’ in the early 20th century. The verb dates back to the mid-19th century, and comes from the noun. It originally meant ‘to display a dog in a dog show,’ though that sense is no longer in use. The current meaning, ‘to take a player out of a game,’ was first used in the US in the early 20th century.

See full definition
Learn more about bench in our forums

Bench in other languages