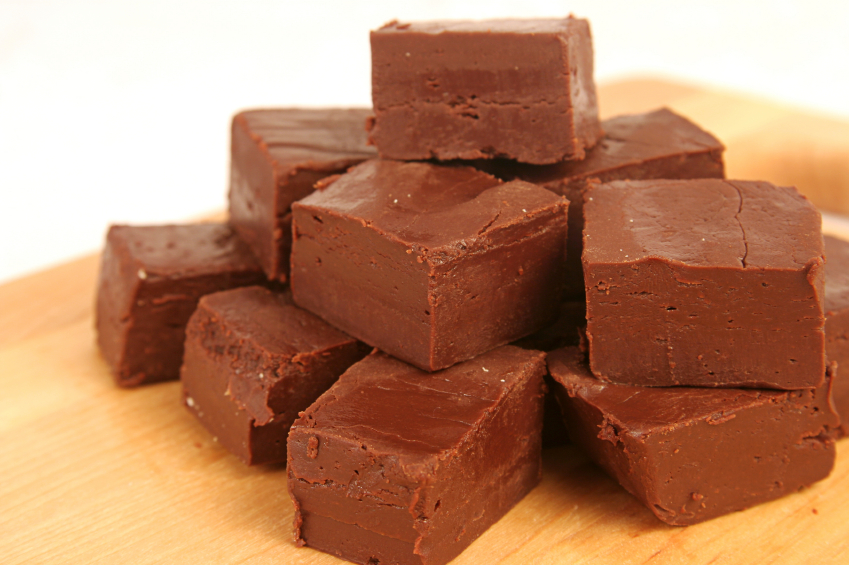 Fudge is a type of soft candy made of sugar, butter, and milk. As a verb, fudge means ‘to make or do something clumsily,’  ‘to avoid an issue,’ or ‘to falsify.’ Fudge is also a mild exclamation of annoyance, usually used to avoid saying a much ruder word that starts with f.

fudge the numbers (or, fudge the books): to falsify figures or accounts. Example: “The company only got the contract because they fudged the numbers.”

fudge together: to mend, make, or do something in a clumsy or makeshift way. Example: “Tammy’s costume was ruined, but her dad managed to fudge something together so that she could still go to the Halloween party.”

In US English, the verb fudge is often used with the preposition on. Example: “The governor is always fudging on that issue.”

In UK English, the verb fudge is sometimes used with up to mean ‘to put something together clumsily.’ Example: “The teacher was clearly badly prepared for the class and had fudged up his lesson plan during the break!”

In this scene from the 1983 movie A Christmas Story, you can see the main character Ralphie say “Oh fudge!” in annoyance (except, that’s not what he really says …):

One of the most typical North American desserts is a hot fudge sundae. Hot fudge, or fudge sauce, is a very rich, thick chocolate sauce. A sundae is a fancy ice cream dessert, which usually includes typical toppings such as hot fudge, caramel sauce, whipped cream, peanuts, and, of course, a cherry on top.

Would you like to know how to make your own fudge? Here’s a recipe for easy caramel fudge to try:

Fudge, meaning ‘to put together clumsily, hastily or dishonestly,’ dates back to the late 17th century. Its origin is unknown, but some linguists think it is a variant of the earlier verb fadge (to make something fit or suit), also of unknown origin. It has been used as an interjection meaning ‘nonsense!’ since the mid-18th century, and as a noun meaning ‘nonsense or rubbish’ since the late 18th century. The sense ‘something made up or faked’ dates back to the early 19th century. The noun meaning of ‘a type of candy’ first appeared in the late 19th century in the US, and may have come from the other senses of the noun (something made up on the spot) or from the verb (to put together hastily).

See full definition
Learn more about fudge in our forums

Fudge in other languages