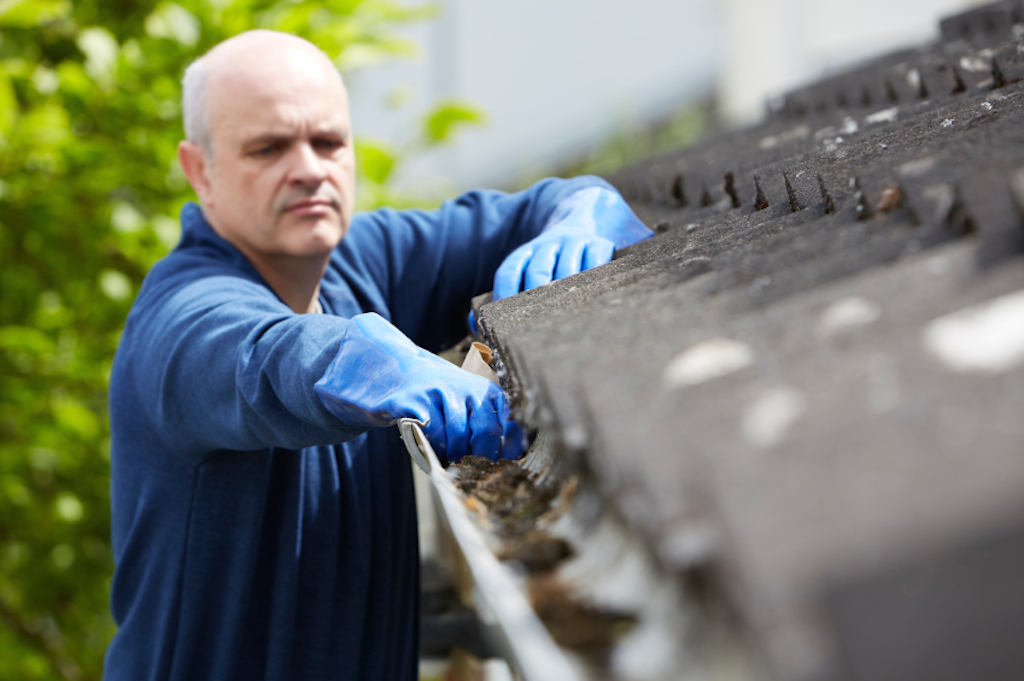 A man clearing a gutter

A gutter is a channel for transporting water that we usually find running parallel to a street. It is also the channel that carries off rainwater just below the roof of a house. Figuratively, the gutter is the condition of people who live in degrading and poor conditions. As a verb, gutter means ‘to flow in streams.’ When we talk about lights or candles, gutter means ‘to flicker and burn really low, almost going out.’

Listen to Nick Cave and the Bad Seeds sing “The Moon Is in the Gutter” here:

An often quoted line from one of Oscar Wilde’s plays is “We are all in the gutter, but some of us are looking at the stars.” No matter how poor our material conditions, we can always have dreams and aspirations!

Gutter, meaning ‘a channel for transporting water,’ dates back to the late 13th century, and was spelled goter and later gutter in Middle English. It came into English from the Anglo-French gotere and the Old French guitere or goutiere (gutter or spout) from goute (a drop). It can be traced back to the Latin gutta (a drop), though its origin before then is uncertain. Gutter is related to the French gouttière (gutter), as well as the Spanish, Portuguese and Catalan gota, the French goute and the Italian goccia (all meaning ‘drop’), as well as the English word gout. The sense ”trough under the eaves of a roof to carry rainwater’ was first used in the mid-14th century. The figurative sense, ‘poor or degrading conditions,’ dates back to the early 19th century. The verb, meaning ‘to flow in channels,’ dates back to the late 14th century, and comes from the noun. The figurative sense related to candles or lights sputtering was first used in the early 18th century, and evolved from the image of the channels that form as wax flows down the side of a candle.

See full definition
Learn more about gutter in our forums

Gutter in other languages