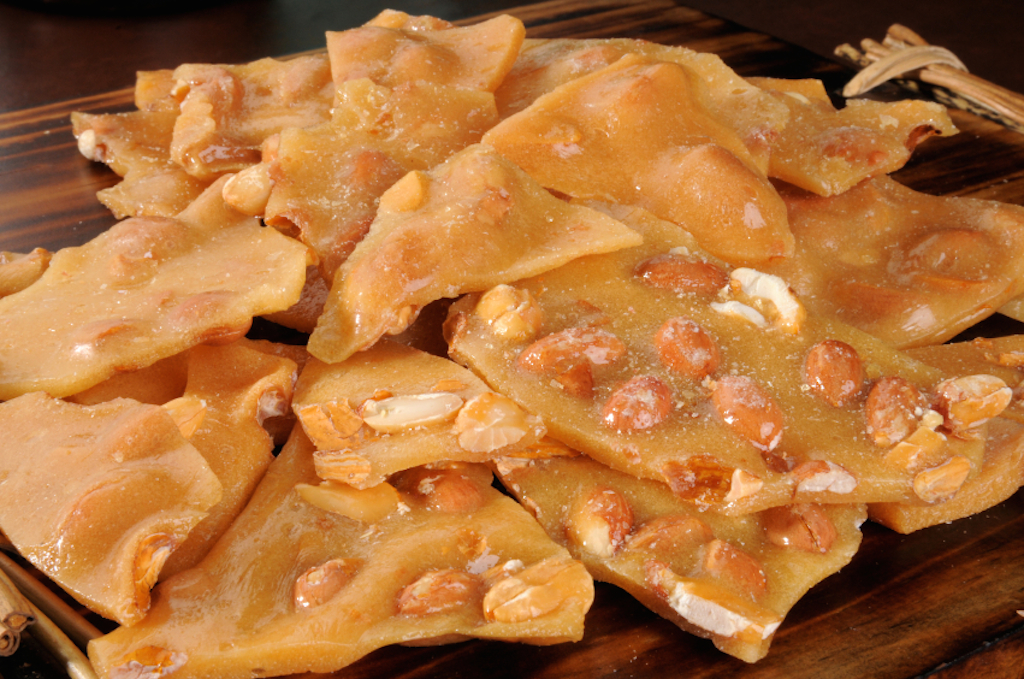 When something is brittle, it means that, even though it’s hard, it’s easy to break. For example, a thin sheet of ice can be brittle. This can also be used figuratively to talk about a person, meaning that they appear strong and cheerful but they are actually tense and nervous. In reference to a person, it can also mean ‘lacking sensitivity or compassion.’ When it describes a tone of voice, it means ‘sharp and unpleasant’ or ‘tense and nervous.’ As a verb, brittle means ‘to make or become brittle.’

Listen to Echo and the Bunnymen singing “Bring on the Dancing Horses” here. Listen out for the lyric “while I’m breaking your brittle heart.”

As a noun, brittle is also a type of candy, made of melted sugar and nuts, that is hard but is easy to break.

Brittle, which describes something that ‘breaks easily and suddenly,’ dates back to the late 14th century, as the Middle English adjective britel. Its origin is uncertain. Some linguists think it may have evolved from an unrecorded Old English adjective (which could have looked something like brytel, according to the experts), derived from the Old English verb brytan (to crush or break to pieces), or the noun brysten (fragment), with the suffix –el (now –le), which is used to mean ‘liable to’ as well as a frequentative. It can be traced back to the Proto-Germanic brutila– (brittle), from breutan (to break up), and the Proto-Indo-European root bhreu– (to cut or break up). Brittle is related to the Old Norse brjota (to break), the Old High German brodi (fragile), the Old Irish bronnaim (I wrong, I hurt), the Breton brezel (war), and the Vulgar Latin brisare (to break), as well as the English words brothel and bruise.

See full definition
Learn more about brittle in our forums

Brittle in other languages