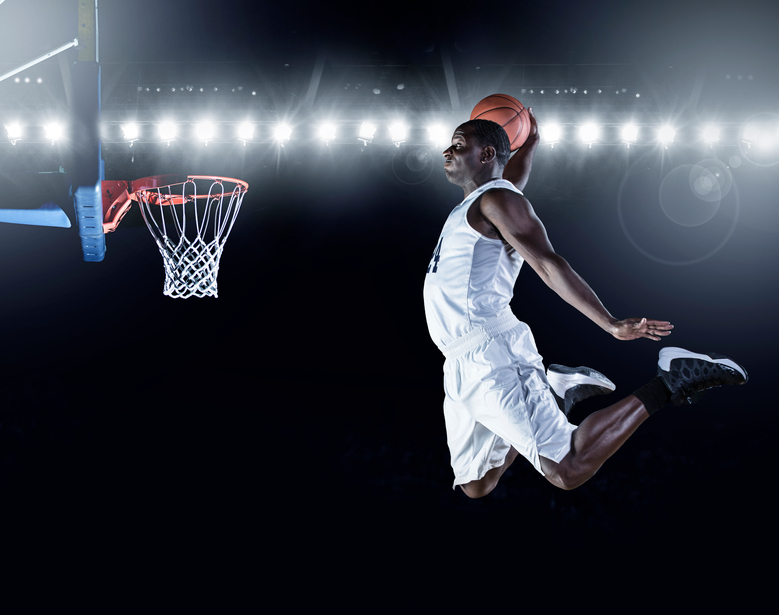 To slam means ‘to shut hard and noisily,’ as done with a door, ‘to strike or hit with noise and great impact,’ and ‘to push or strike violently,’ usually with the prepositions into or against. Figuratively, it means ‘to criticize harshly.’ As a noun, a slam is something being closed hard and noisily, a noisy impact, or a verbal attack. In card games, a slam is the winning or losing of all the tricks or all the tricks but one in a deal of cards.

The four biggest international tennis tournaments are known as grand slams. The four grand slams are the Australian Open in January, the French Open in May, Wimbledon in the UK in June and July, and the US Open in August and September. When we say that a player has achieved a Grand Slam, it means that they won all four grand slam tournaments for their category in the same year.

In baseball, a grand slam is when a batter (that’s the person who hits the ball) hits a home run with the bases loaded (that means that there is one person on each of the three bases), thus scoring four runs. Here you can watch a grand slam by the Chicago Cubs in the 2016 World Series. The Cubs won the World Series in 2016, for the first time in 108 years!

A poetry slam is an event where poets recite poems they have written. They were popular in the 1950s among beatniks, who belonged to the Beat Generation. They stereotypically wore all black. In this clip of the poem “Love Is Like a Mime” you can see other stereotypes of such poetry slams, including playing bongo drums along with the poem and snapping fingers in applause instead of clapping after the poem is finished.

Here you can watch Tom Hanks parody the beatnik poetry slam while reciting a poem about the 1990s TV show Full House, which was recently “rebooted” (ie, an updated version of the show was released) on Netflix.

In both clips, the poets are extremely dramatic in their recitations. But poetry slams aren’t always that way. There are still poetry slam contests where people get together to recite poems without acting like beatniks.

Slam, as a noun meaning ‘a severe blow,’ dates back to the late 17th century, and is probably of Scandinavian origin (it is similar and likely related to the Norwegian slamre and the Swedish slemma). Linguists believe its roots are imitative (the sound of something being hit with force). The verb comes from the noun and also appeared in the late 17th century. The verb meaning ‘to close a door with force’ dates back to the late 18th century, and the noun with this meaning, which comes from the verb, to the early 19th century. The figurative meaning, ‘to criticize harshly,’ is from the late 19th century, as is the related verb. Interestingly, slam meaning ‘to win or lose all the tricks in a card game’ is older. It appeared in the early 17th century, and was originally the name of a card game, which was also known as ruff.

See full definition
Learn more about slam in our forums

Slam in other languages