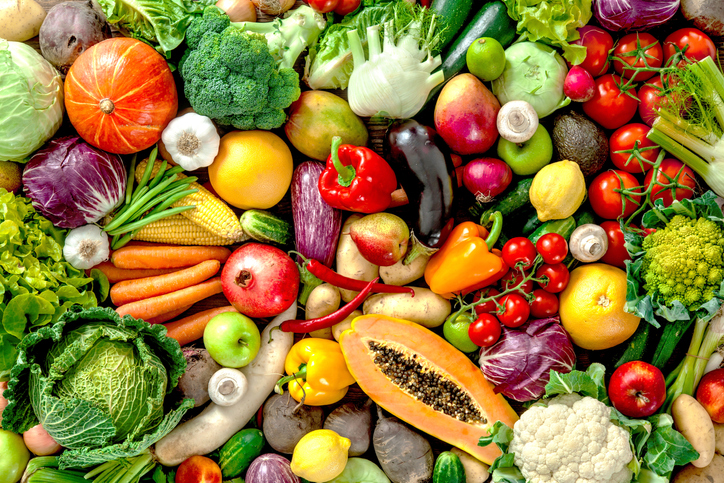 Fresh dates back to before the year 900. The Old English adjective fersc maintained its spelling in early Middle English, but by the early 13th century, it was often found as fersh or fresh, and eventually the second form became the norm. It can be traced back to the Proto-Germanic friscaz and the Proto-Indo-European root preysk– (fresh). Fresh is related to the Old Frisian fersk, the Middle Dutch versch, the Dutch vers, the Old High German frisc and the German frisch (al meaning ‘fresh’), as well as the Old Church Slavonic presinu (fresh) and the Lithuanian preskas (sweet), and the French frais and Spanish and Italian fresco (meaning ‘fresh or cool’). In Old English, fersc was used about water, meaning ‘not salt, or unsalted’ (fresh water still means that today). The sense ‘new or recent’ emerged around the year 1300, while ‘not stale or worn,’ ‘pure’ and ‘eager’ are all from the early 14th century. Most linguists agree that the metathesis (in other words, the movement of the ‘r’ sound within the word) and these expanded senses are due to the influence of the Middle French fres (fresh or cool), which can be traced back to the Proto-Germanic frisko-, from friscaz. Fresh, meaning ‘rude or impolite,’ is actually unrelated. It first appeared in the mid-19th century in US slang, and probably came from the German frech (insolent or rude), from the Old High German freh (covetous or greedy). It is related to the Old English adjective frec (greedy or bold), which has given us the current English word freak.