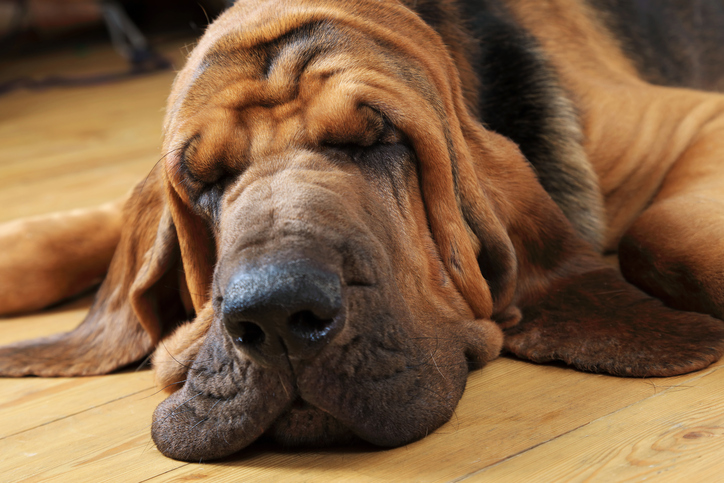 A jowl is the lower cheek of a person or animal, especially if it is fleshy and hanging down. The hanging fold of skin under the throat of cattle or the fleshy lobe that hangs from the head or necks of turkeys and some other birds is also called a jowl and, in US English, so is the meat of a hog’s cheek.

cheek by jowl: close together. Example: “In days gone by, three families lived cheek by jowl in this one small house.”

Jowl was also a word meaning’jaw,’ and can still be used in that sense, though it is rare.

Jowl has two related adjectives. Jowled means ‘having jowls of a particular kind,’ so it is always preceded by a word that describes the jowls, so you might say someone is large-jowled or heavy-jowled, for example. The other adjective is jowly, which means ‘having prominent jowls.’

Jowl, meaning ‘fold of flesh under the jaw,’ dates back to around the year 1300, in the form of the Middle English noun ‘chelloe‘ (‘a fold of flesh hanging from the neck or jaw’ or ‘a double chin‘), which most linguists think evolved from the Old English noun ceole (throat), from the Proto-Indo-European root gwele– (swallow). This sense of jowl is related to the Old Church Slavonic glutu (gullet), the Russian glot (draft or gulp) and the Old Irish gelim (I devour), as well as the English words gullet, glut, glutton, gull, gully and beagle. Jowl, meaning ‘jaw or jawbone,’ and in particular ‘the underpart of the jaw,’ dates back to before the year 1000, in the form of the Old English ceafl (pronounced sheafl), which became chawl or chavell (pronounced shawl or shawel), both of which meant ‘jaw.’ Jowl, in this sense, can be traced back to the Proto-Germnic kefalaz, from the Proto-Indo-European root gep(h)- (jaw or mouth). It is related to the Middle High German kiver, the German kiefer and the Old Norse kjoptr (all meaning ‘jaw’), and the Danish kæft, the Flemish kavel, and the Dutch kevel (all meaning ‘gum’), as well as the Old Irish gop and the Irish gob (beak or mouth). In both cases, the spelling with j- appeared around the year 1400, probably influenced by the French word joue (jaw), which actually replaced the use of jowl with this sense, and gave us the Modern English jaw. Though their origins are different, both senses of jowl coexisted and influenced each other in both form and sense, to the point that they are now considered a single term by many linguists.

See full definition
Learn more about jowl in our forums

Jowl in other languages