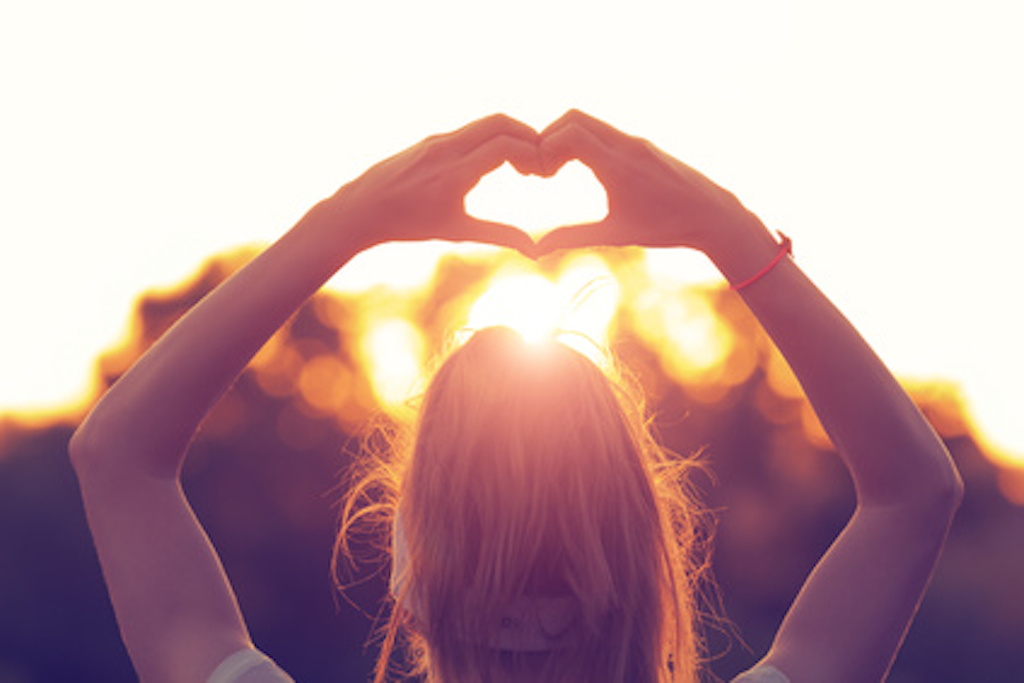 Listen to Fiona Apple singing “Parting Gift” here: Listen out for the lyric “But we went on wholehearted, it ended bad but I love what we started.”

Half-hearted is another related adjective, and it means ‘without much enthusiasm.’

Half-heartedly is the adverb form but half-hearted is much more common. For example: “Mrs. Smith gave me a half-hearted hug at the end of the school year. I knew she’d never liked me!”

The adjective form of this word is wholehearted. Example: “I made a wholehearted attempt to finish the marathon, but it was too difficult after I hurt my knee.”

Wholeheartedly is a relatively new word. The adjective wholehearted (originally found as whole-hearted) was first used around the year 1840 in the US. The adverb, wholeheartedly, appeared only a few years later. The word is made up of the adjective whole, and the noun heart. The adjective whole dates back to before the year 900, in the form of the Old English adjective hāl (Middle English hool), meaning ‘entire or whole,’ ‘unhurt or uninjured,’ ‘safe,’ ‘healthy or sound,’ and ‘genuine or straightforward.’ It can be traced back to the Proto-Germanic haila– (undamaged) and the Proto-Indo-European root kailo– (‘whole,’ ‘uninjured’ or ‘of good omen’). Whole is related to the Old Saxon hel, the Old Norse heill, the Old Frisian hal, the Middle Dutch hiel, the Dutch heel, and the Old High German and German heil (salvation or welfare), as well as the Old Church Slavonic celu (whole or complete) and the English words heal, health, healthy and holy. Heart also dates back to before the year 900, as the Old English noun heorte (Middle English herte), which meant ‘heart (the organ inside the body)’ as well as ‘breast,’ ‘soul, spirit, will or desire,’ ‘courage’ and ‘mind or intellect.’ It can be traced back to the Proto-Germanic hertan– and the Proto-Indo-European root kerd– (heart). It is related to the Old Saxon herta, the Old Frisian herte, the Old Norse hjarta, the Dutch hart, the Old High German herza, the German Herz, the Gothic hairto, the Greek kardia, the Latin cor, the Armenian sirt, the Old Irish cride, the Welsh craidd, the Hittite kir, the Lithuanian širdis, and the Russian serdce (all of which mean ‘heart’), as well as the Breton kreiz and the Old Church Slavonic sreda (middle), and English words such as accord, cardiac, core, courage, credit, creed, discord, grant, quarry and record.

See full definition
Learn more about wholeheartedly in our forums

Wholeheartedly in other languages