Basic+ Word of the Day: choke 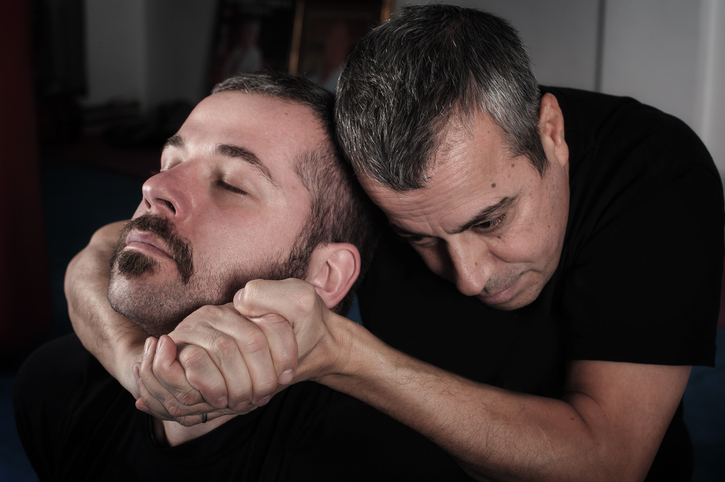 Choke means ‘to strangle’ or ‘to stop breathing due to a blockage of the windpipe.’

A choke is any mechanism that block the windpipe.

Choking in sports means that a team or sportsperson loses the game by not performing at the expected level, often in the final moments of a game. Example: “The home team was winning in the first half, but they choked in the final seconds.” Similarly, choking can apply to any kind of performance. Example: “Although the actor had performed the play many times, he choked and forgot his lines.”

choker: a necklace that fits tightly around a woman’s neck. “Joan wore a choker made of a silk cord and a silver heart.”

Choke is a 2008 movie about a man who intentionally chokes on food at expensive restaurants so they will pay him money, which he can use to pay his mother’s medical bills. It’s based on a novel by Chuck Palahniuk, the author of Fight Club. Watch the trailer:

There are other meanings of choke.
See the full definition!

Choke in other languages

Basic+ Word of the Day: mighty

Basic+ Word of the Day: smart

Basic+ Word of the Day: sure