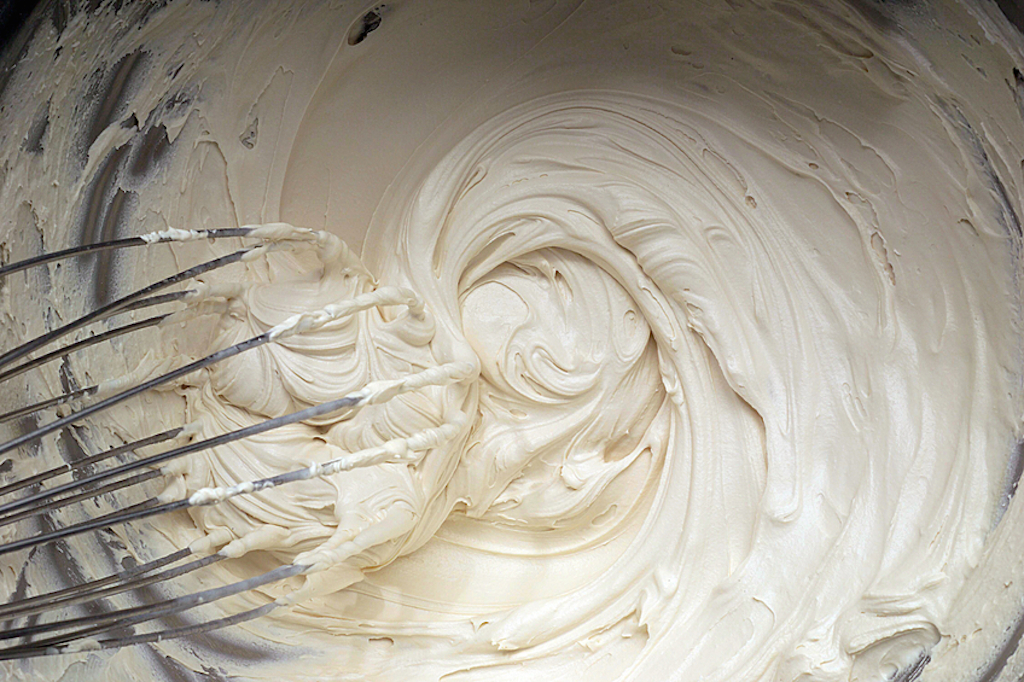 A whisk is an ideal tool for making whipped cream by hand.

To whip means ‘to beat with a flexible piece of leather.’ This is often done as punishment, or for animals like horses it is done to make them go faster. It also means ‘to go quickly’ or ‘to move or seize suddenly’. Figuratively, whip also means ‘to train or prepare someone intensely.’ Informally, it means ‘to defeat’ and, in cooking, to whip means ‘to mix something until it becomes very light and full of air.’ As a noun, a whip is a leather rope, and the stroke, or movement, of a whip.

whip off: produce a piece of work quickly. Example: “Oh this essay is just something I whipped off in a spare half an hour.”

whip up: put something together quickly. Example: “Tom hadn’t expected visitors, but he managed to whip up a meal for everybody from the ingredients he had in the fridge.”

In many political systems, the party whip is a member of a political party who is given the job of making sure all the other members of the party attend when they need to vote and, sometimes, that they vote in accordance with official party policy.

Whip, meaning ‘to flap violently,’ dates back to the mid-13th century, as the Middle English verb wippen. Its origin is uncertain, but most linguists agree that it is Germanic, and some even think it may have existed in Old English, though records of it have not been found. It can probably be traced back to the Proto-Germanic wipjan (to move back and forth) and the Proto-Indo-European root weip– (to turn, tremble or vacillate). Whip is related to the Danish vippe (to raise with a swipe), the Middle Dutch and Dutch wippen (to swing) and the Old High German wipf (swing or impetus), as well as the Latin vibrare (‘to set in trembling motion or to move quickly to and fro,’ or ‘to quiver, tremble or shake), the Lithuanian vyburti (to wag the tail), and several English words, including gimlet, gimp, vibrant, vibrate, waif, waive, waiver, wimple and wipe. The cooking sense dates back to the mid-17th century, while the figurative sense ‘to train or prepare intensely’ evolved from the cooking sense (from the idea of repeating training until you are in shape, like eggs and cream are whipped until they hold a shape) in the 19th century, and was first used in the military, and ‘to defeat’ appeared soon after. The noun, meaning ‘an instrument with a thin leather strip‘ as well as ‘a stroke from such an instrument,’ first appeared in the early 14th century as the Middle English noun w(h)ippe, and comes from the verb, though it was possibly also influenced by the Middle Low German wippe (a quick movement). The political sense first appeared in the mid-19th century.

See full definition
Learn more about whip in our forums

Whip in other languages